I’ve been charged with a misdemeanor in Scottsdale, what are the repercussions? 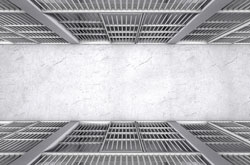 If you have been charged with a misdemeanor in Scottsdale, Az, there are three levels of misdemeanor crimes. Depending on the offense you can serve as little as 30 days in jail up to 6 months all of which also carry a probation period and fines. Don’t risk your freedom, contact a criminal defense attorney to represent you.

Class 3 misdemeanor - A class 3 misdemeanor is the lowest criminal offense, but still can carry severe punishments including a maximum of 30 days in jail, 1 year of probation and a $500 fine plus surcharges. The most common class 3 misdemeanor offenses in Arizona are a form of assault, criminal trespass in the third degree and criminal speeding. Immediately after being charged with a misdemeanor I recommend that you consult with a criminal defense attorney who has the trial experience when dealing with misdemeanor crimes.

Often times in misdemeanor court only your attorney needs to appear on your behalf in order to ask for an extension of time called a continuance. Once a continuance has been granted your attorney can continue negotiations with the prosecutor, complete a thorough investigation of your case which includes conducting interviews and their team of experts can thoroughly examine the evidence against you. Instead of having you miss valuable time at work just to sit in a courtroom for hours choosing a criminal defense attorney to represent you in court is invaluable.

If you have been charged with a misdemeanor crime in Scottsdale, Arizona, click here contact the Law Office of Aaron Black to setup a free consultation or call 480-729-1683.