I’ve been charged with a DUI, what forms of payment are accepted from a Phoenix Lawyer? 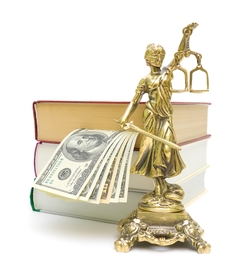 If you have been charged with a DUI in Phoenix, it’s essential to speak with a lawyer experienced in DUI defense law. In addition to the evidence seeming overwhelming against you, the scary and intimidating task of hiring an attorney can make the entire situation almost bearable.

How much is the DUI attorney going to cost? How much money to I need to provide up front? What if I can’t make the payments? All of these questions can be answered when you are interviewing your potential attorney.

Payment of attorney fees is simply an agreement between you and your DUI attorney in Phoenix. Attorneys do accept payment in many different forms that include check, credit card, cashier’s check, money order or cash. In addition many attorneys also offer payment plans with an initial down payment.

The Law Office of Aaron Black offers low cost, personal representation. Unlike large firms that want as many cases as possible I represent a limited number of clients at any given time which allows me to give the personalized service that you expect from a DUI attorney.

DUI law is a highly specialized field. Effective DUI attorneys navigate through many complex legal issues, including the lawfulness of stops, detentions, and arrests; the reliability of field sobriety tests; the accuracy of breath and blood testing methods, including retrograde extrapolations; and driver license ramifications and administrative hearings. I have represented over one thousand clients facing DUI charges and many of my DUI defense cases have resulted in dismissals, not guilty verdicts, no jail time, or substantially reduced charges and I defend individuals in all Arizona federal, state and city courts.

If you have been arrested for DUI in Phoenix I recommend that you ALWAYS have a fee agreement in writing with all the terms you discussed with your attorney.

Click here contact me to discuss my fee and possible payment plan for legal represenation or call 480-729-1683 today!