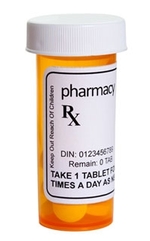 Did you know that even though you have you are using a medication prescribed by your physician while operating a motor vehicle in Phoenix that it is possible to be convicted of a DUI? In most instances the state of Arizona will try to prosecute you for being “Impaired to the slightest degree.” Impaired to the slightest degree basically means that you are kind of tipsy.

What few people Phoenix know is that when you are arrested for DUI you are always charged twice. The first charge is for being over the legal limit of .08 BAC (Blood Alcohol Content.)

The second charge is for driving or being in actual physical control of a vehicle while under the influence of an intoxicating substance and "impaired to the slightest degree."

The second charge falls under the Arizona Revised Statute 28-1381(a)(1). Click here to learn more.

As a DUI Defense Lawyer I know that there are many defense stances that can be taken on your behalf if you have been charged with a DUI while using a Doctor prescribed medication.

$250 Fine
$210 Surcharge
$500 Prison Fund
$500 Public Safety Equip. Fund
$20 Time Pay Fee
$20 Probation Fee
If have been arrested for a DUI in Phoenix while using a Doctor prescribed medication, because of the severity of the penalties and potentially life-changing implications of a conviction I strongly encourage you to contact a DUI Defense Attorney.