I've been charged with a DUI and I don't own a car, how do I deal with the IID? 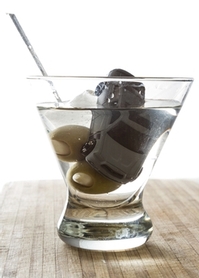 If you were ordered to install an interlock on your vehicle in Scottsdale, Az as part of your DUI plea or conviction, ARS 28-1461 requires that your driving privilege remain suspended or revoked until you can provide proof of a functioning interlock on each motor vehicle that you operate. This still applies even though you may not be the registered owner of the vehicle that you have permission to operate.

The requirement prescribed in subsection D of this section begins on the date of reinstatement of the person's driving privilege following a suspension or revocation or on the date of the department's receipt of the report of conviction, whichever occurs later.

Based on my reading of the statute, if you have been convicted of a DUI and you want the ability to legally drive, you simply cannot just sit out the suspension. At some point you will have to install the ignition interlock on a vehicle that you have access to in order to have your driving privilege reinstated.

If you have been convicted of a DUI in Scottsdale and are having problems getting your license reinstated, click here to contact me or call 480-729-1683 to set up a free consultation today!