I’ve been arrested for a DUI in Scottsdale, do I need a lawyer? 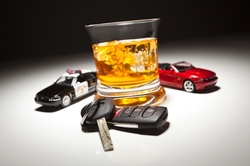 From first time DUI offenses in Scottsdale, AZ to extreme DUI, Super Extreme DUI and Aggravated DUI depending on the blood alcohol concentration and history, jail can range from 1 day to 6 months for misdemeanors and up to 15 years for a felony.

DUI offenses involve complex legal issues that require representation by a knowledgeable and experienced attorney who understands the intricacies of DUI laws. An attorney who practices DUI defense law should review your case if you have been charged with DUI in Phoenix or the surrounding areas. The act of going it alone when you have been charged with a DUI can mean mandatory jail time, license suspension, high monetary fines and the ignition interlock device installed on your vehicle for a year or more and if that isn’t enough a possible felony on your record for the rest of your life.

A skilled DUI attorney may be able to get a dismissal of the charges against you, not guilty verdict, no jail time or substantially reduced charges depending on several factors.

When choosing a DUI Defense Lawyer do your homework by checking on their qualifications. For example, are they listed in the National Advocacy for DUI Defense, are the rated by Martindale-Hubbell and of course are they listed on AVVO? I also encourage you to ask for recommendations from people that you trust, search online and interview several attorneys before making a decision.