If I am pulled over for a DUI must I give consent for a chemical test? 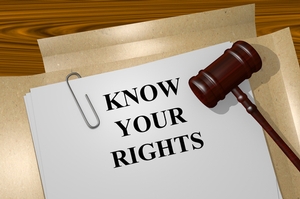 It is imperative that you know your rights should you be pulled over for suspicion of drinking and driving, especially when it comes to a blood draw, breath or urine test.

Recently a nurse in Utah was arrested for refusing to draw blood on an unconscious patient that was injured in a car crash. Her refusal to perform the blood draw was because it was against policy.

Arizona Law requires either consent or a warrant

Arizona law requires that you give consent to the chemical tests and if you refuse then the officer must get a warrant. If you do consent to the breath or blood test, your license will be suspended for 90 days. Under most circumstances, after 30 days of no driving you will be able to get a restricted license. Please also be aware that if you are arrested for DUI and refuse (by not consenting or not answering the officer) the blood, breath or urine test, your license will automatically be suspended for one year. The suspension can be longer if this is your second DUI offense.

Always ask to speak with a lawyer prior to consenting to the breath or blood test.

In most cases, the officer either gets consent from the suspect, or they get a warrant. "There are judges on call 24 hours a day and it can take probably 5 minutes to get a warrant through a fax, they have email warrants now, or you can call up and get one over the phone," said Phoenix lawyer Aaron Black in a recent CBS 5 interview.

What should I do if I was arrested for a DUI in Phoenix?

The police will probably arrest you because the Officer will say that they could smell the odor of alcohol or they noticed bloodshot and watery eyes, your voice was slurred, or you are swerving. There is no need to help them more by doing the tests.

Contrary to popular belief, your license will not be suspended if you refuse the PBT.

Learn more about your rights!

We all have Constitutional Rights, and as a DUI Defense attorney in Phoenix I defend the rights of my Client in court. Contact Aaron Black to learn more about your rights or you have been pulled over for a DUI and feel that the government has overstepped their bounds. Need help immediately? Call 480-729-1683 to set up a free consultation today.