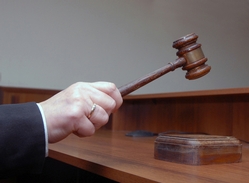 A Grand Jury is a secret hearing where a group of people decide if there is probable cause to hold your case over for trial. Consisting of 16 grand jurors, a prosecutor, and the government's witness. The governments witness is typically the Police.

The Grand Jury's role is to determine if probable cause exists to formally charge a defendant with a crime. Generally the defendant and his/her attorney are not allowed to attend unless the defendant specifically requests to testify at the Grand Jury and the grand jurors wish to hear from the defendant.

If the Grand Jury finds probable cause they "hand up" an indictment. An Indictment will be filed against you in Maricopa County if you have been criminally charged with a felony and it will list the formal criminal felony charges against you.

If you have been indicted by the Grand Jury you are most likely facing serious felony charges and I strongly encourage you to hire a criminal defense attorney to represent you.

I suggest the following when researching a criminal defense attorney to represent you. If you would like to learn more or if your case was dismissed to the Grand Jury in Maricopa County, please click here to contact me or call (480)729-1683 for a free consultation.