I was charged with a DUI in Scottsdale is there a time frame from which they have to draw my blood? 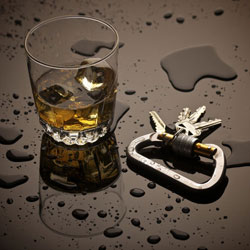 The penalties for DUI in Arizona are some of the harshest in the country. With a conviction carrying mandatory jail time, fines, license suspension, and the ignition interlock device, depending on the blood alcohol concentration and history, jail can range from 1 day to 6 months for misdemeanors and up to 15 years for a felony.

Arizona DUI law states that your blood or bodily fluid must be taken within 2 hours of driving. If however, your blood or bodily fluid was taken outside of the legal 2 hour limit, the state must then present testimony from a scientist as to what your blood alcohol concentration (BAC) level was within the two hours of driving after you were stopped. This testimony is called retrograde extrapolation.

Retrograde extrapolation is a scientific and mathematical process used by scientists to estimate what a person’s BAC was at a specific time based on results at a later period. With that being said retrograde extrapolation is not a trustworthy science as many assumptions are made. In addition, the scientist must also know what and when was the last thing that you had to eat and when, what was the last thing that you had to drink. This is again another reason why you should never answer a police officers’ questions if you are arrested for a DUI.

As always if you plan on going out and drinking in Scottsdale I strongly encourage you to have a designated driver, hail a taxi or rent a limo so that you can have fun without the consequences of getting a DUI. Not only can you suffer the consequences of the harsh penalties of Arizona’s DUI laws you also run the risk of harming innocent bystanders.

If however you are charged with a DUI in Scottsdale and your blood or bodily fluid was taken outside of the two hour limit after you were driving, contact DUI Defense attorney Aaron Black. I focus exclusively on DUI defense and I may be able to assist you as there are motions that can be filed to preclude retrograde testimony and there are defenses to be argued.