How do I get my car out of impound after an extreme DUI arrest? 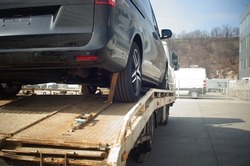 If you were arrested for extreme DUI in Phoenix your car was more than likely impounded. Charges of Extreme DUI in Arizona result from driving under the influence with a blood alcohol content (BAC) above .15 but less than .20. The penalties vary for first-time or repeat offenders and these offenses carry mandatory prison terms in addition to your vehicle being impounded.

Under ARS 28-3511, there is a mandatory 30 day impound on your vehicle. You may however be able to get the vehicle out of impound if it is registered in someone else's name or you can show that your blood/breath was under a .15 BAC. Make sure to look at your tow sheet as you are entitled to a hearing.

1st Time Extreme Driving Under the Influence Above a .15 BAC (but less than .20)

2nd Time Extreme Driving Under the Influence Above a .15 BAC (but less than .20)

$500 Fine
$420 Surcharge
$250 Driving Under the Influence Fund
$1250 Prison Fund
$1250 Public Safety Equip. Fund
$20 Time Pay Fee
$10 Probation Fee
As always it is important you have a lawyer who has experience defending Extreme DUI in Phoenix and other vehicular crimes. I aggressively defend vehicular cases and many of my extreme DUI defense cases result in dismissals, not guilty verdicts, no jail time, or substantially reduced charges.

If you have been convicted of an extreme DUI and are having problems getting your car out of impound, click here to contact me or call 480-729-1683 for a free consultation today!