How can I be Charged with an Aggravated DUI in Phoenix, AZ? 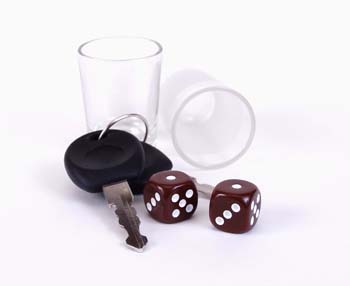 A conviction for any level of a DUI is bad enough in Arizona but if you’re charged with an aggravated DUI it opens the door to more serious trouble by raising a DUI from a class 1 misdemeanor to a class 4 felony or a class 6 felony both with mandatory time in jail or prison.

Law enforcement has several ways to attach an aggravated allegation and its enhanced penalties under Arizona Revised Statutes §28-1383.

Specific criteria are in place for an aggravated DUI felony enhancement, which is based on what the officer sees when you’re pulled over, compared to a blood-alcohol concentration (BAC) that is used for determining the level of intoxication in DUI cases.

These are Aggravated DUI class 4 felonies: The class 6 felonies:

A felony conviction can invade your life by the loss of your right to vote in elections, to possess and carry a firearm, revocation or suspension of a professional license required by teachers, physicians, financial consultants and other professions regulated by professional organizations.

A felony also makes it difficult to get or keep employment and rent a place to live. A felony conviction will stain your reputation in the community. Your conviction becomes a public record for anyone to see and negative news media coverage happens in severe crashes and with high profile people.

Being jailed for at least four months and perhaps longer can result in your employer terminating you and college students being expelled from their schools.

It’s up to a jury to determine if actual physical control was reached by addressing a number of factors, including these:

If you’re facing this charge, you’ll need an experienced and aggressive DUI defense attorney at your side to challenge the state’s evidence and protect your legal rights. All cases have individual fact patterns and several standard defenses are available under the law.

If you or a loved one is under investigation or has been arrested for aggravated DUI anywhere in the greater Phoenix area, you should immediately arrange for a confidential legal review of your case with a Phoenix Aggravated DUI Defense Attorney that is experienced in handling DUI cases.

I’ll weigh your side of the event, explain the applicable law, and answer your questions.

I am available day and night all week and on holidays and I defend aggravated DUI cases in Arizona’s justice, city, county, state and federal courts.