How Misdemeanor and Felony DUI's Differ in Phoenix, AZ 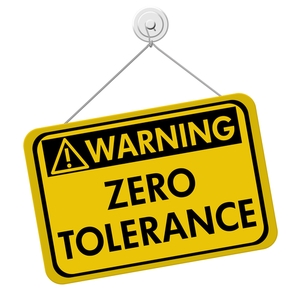 Arizona DUI law has two-tier offense classifications, a misdemeanor, and the more serious felony. Each has its own classes of varying degrees of seriousness.

Arizona is a zero-tolerance state meaning that an arrest can be made in Phoenix, AZ even if you’re “slightly impaired” while driving after drinking alcohol or taking illicit or prescription drugs.

The legal limit of alcoholic intoxication under A.R.S. §28-1381 is 0.08 percent of blood alcohol concentration (BAC). Reaching that limit is different for everyone, but the best indicator is if you’re feeling a bit different after drinking you’ve reached the slightly impaired territory.

Anything beyond the legal level brings increasingly serious penalties.

The majority of DUI cases are misdemeanors, which are different in that they are determined by the BAC level involved.

The lowest DUI is charged if the BAC was at or lower than 0.08, or 0.04 for commercial drivers.

If the BAC reaches 0.15, the charge elevates to extreme DUI, and super extreme DUI is reached if the BAC is 0.20 BAC.

Felony Driving Under the Influence

Aggravated circumstances are the basis for a felony DUI in Phoenix, AZ. DUI’s become felonies if the impaired driver has a child younger than 15 in the vehicle at the time, which is a Class 6 felony.

A more severe Class 4 felony is charged if the DUI occurred while the driver’s license was suspended, revoked, or restricted, or if the offense happened when an ignition interlock device was supposed to be on the vehicle.

A DUI also becomes a felony if the offense is the third conviction within 84 months of the first.

Other much more severe DUI felonies are charged if the impaired driver caused a fatality or serious harm to someone, property damage, or fled from a crash scene. Fleeing may lead to criminal speeding, which is driving more than 20 mph over the posted speed limit or driving 85 mph anywhere within state borders.

Differences in Misdemeanor and Felony Punishments

If convicted, the difference in the punishments of these offenses is substantial.

Misdemeanor - First offense A misdemeanor offense requires that the defendant must not have had a previous DUI conviction within seven years of the first. Repeat offenses hold harsher punishments.

A felony conviction in Phoenix, AZ for an aggravated DUI imposes the various financial penalties allowed by law, and mandatory incarceration is on the table based on the offense resulting from the aggravated DUI.

For example, if a person is killed, the driver also will face murder or a vehicular manslaughter allegation and any other related offenses with significant time in state prison, if convicted, followed by probation and fines.

Other than the penalties provided in Arizona law, those convicted in a DUI case also stand to lose a job, may have difficulty finding employment in a chosen field or any other employment, and loss or suspension of a professional license or board certification. Criminal records show up on background checks companies use to screen applicants.

Those convicted of a felony DUI lose the right to vote in elections and are barred from owning, using or possessing a firearm. Additionally, felons cannot receive federal financial aid or student loans.

Your defense begins at the traffic stop. The officer will ask if you’ve been drinking. I recommend that you don’t answer any questions and respectfully ask for a Lawyer. You have the Constitutional right to remain silent to avoid self-incrimination.

You also have the right to be represented by competent legal counsel before answering any questions. If that right is violated and questioning continues there is sufficient reason for suppressing evidence.

The officer will want to use a breathalyzer to determine the level of your BAC. Again, I suggest that you decline to take the test. It will mean temporary suspension of your driver’s license. But the delay, perhaps an hour, until the officer can obtain a warrant to take your blood may be beneficial to you in lowering the BAC level.

Did the officer have probable cause or reasonable suspicion to stop you in the first place? If not, all the evidence collected can be suppressed, and the case will be thrown out.

Other defenses may be possible depending upon the circumstances.

You’ll need an experienced DUI Defense Attorney who has extensive experience in this area of law and who will work hard to develop the best defense possible. At the Law Office of Aaron Black, my goal for each client that I represent is to get the state to dismiss cases long before trial or to negotiate a plea agreement that benefits a person who made a mistake.