How Long Will My DUI Conviction in Phoenix, AZ Stay on My Record? 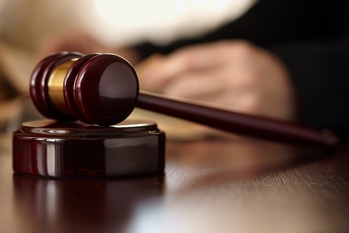 One of the most common questions DUI defendants have is how long does a DUI conviction stay on Arizona’s public criminal record database? The answer is for life.

Keep in mind that Arizona has some of the strictest driving under the influence laws in the nation, so unlike some other states, Arizona doesn’t allow a way to expunge a conviction, which removes it from the public record.

Arizona also enforces a no-tolerance policy that allows a DUI arrest for being even “slightly impaired,” and that can mean a blood-alcohol concentration (BAC) of less than the legal limit of 0.08 percent.

Setting Aside DUI Convictions in Arizona

Although Arizona doesn’t allow a way to expunge a conviction there is a way to reduce the stigma of some DUI convictions. It’s called “set aside” under Arizona Revised Statute §13-905.

Why should I set aside my DUI conviction?

The benefit to setting aside a DUI conviction is that prospective employers, landlords, relationship seekers and others who search for a person’s criminal history will see that the conviction has been officially set aside.

Those searchers will take away a better impression than if they saw just the conviction alone. Setting aside also is proof that the sentence and probation restrictions were satisfied and the charges were dismissed.

Also, if authorities’ mistakes are made on a criminal record they can be corrected.

How do I Qualify for Setting aside my DUI Conviction?

At the end of a case, the court advises qualified criminal defendants of their right to submit an application to have their conviction set aside. The application can be submitted to the court involved by the defendant, his or her attorney or the probation officer.

The court considers these factors for qualifying and then deciding to set aside a conviction: Convictions of these crimes cannot be set aside: Impaired driving defendants whose cases were dropped after the arrest or who were found not guilty at trial need to petition the Motor Vehicle Division to get a set-aside.

Law enforcement is prohibited from using the evidence once the set-aside application is approved.

Will my Civil Rights be restored?

Taking this legal avenue, the conviction remains on the record but the civil rights that were lost or suspended upon conviction can be restored under Arizona Revised Statute §13-907.

This restoration of rights is limited to those who haven’t previously been convicted of a felony and who pay court-ordered restitution to the crime victim if applicable. Your right to vote in elections, to sit on a jury, and to hold public office are automatically restored but the right to have a firearm must be ordered by the court.

How do I Apply for Setting aside my DUI Conviction?

In Maricopa County, the simple set aside forms that are specifically targeted to the offense are available online at the Superior Courts self-service center along with instructions on how to complete them. Not all of these forms may be accepted in other Arizona counties.

If more than one offense is involved, an application for setting aside each offense requires its own form to be submitted.

Do In need an Attorney when applying to Set aside my DUI Conviction?

Although defendants can apply to have their convictions set aside, it’s preferable to have the attorney make the application. This step is too important and is best left to an experienced DUI Defense Attorney who has handled these applications so they are properly completed to ensure the best possible outcome.

The court may grant or deny the application and in some cases may order a hearing to determine what to do and the convicted person needs to have legal representation at the hearing.

If the application is denied, a request for reconsideration is possible depending upon the reason for the denial.

Every DUI case has its own particular set of facts so to learn if you are eligible to have your DUI conviction set aside, I recommend that you seek a DUI Defense Attorney experienced in setting aside convictions.

The Law Office of Aaron Black offers free legal consultations. During our call, I’ll ask questions to assess the situation and explain why you can or can’t apply to set aside your DUI conviction, and I’ll answer your questions.

I’ll respond to you promptly if I’m not in court. I represent DUI defendants in Arizona’s justice, municipal, county, state, and federal courts.