How Long Does Arizona Have to Charge an Aggravated DUI? 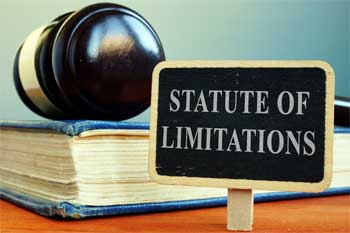 So you were stopped for suspicion of driving under the influence of alcohol or drugs and had an aggravated factor added - but time has passed and you haven’t been criminally charged. Don’t assume you’re off the proverbial hook. Here’s where the Statute of Limitations comes into play.

The long arm of the law in Arizona stretches into the future seven years for aggravated DUI cases and most other felonies compared to one year for misdemeanors and six months for petty crimes.

The prosecution under Arizona Revised Statutes § 13-107 must meet a deadline to bring charges against a defendant. This law is an incentive for law enforcement to promptly pursue the case to avoid witness memories fading and evidence that becomes less reliable or lost over time.

The Statute of Limitations is also a protection for defendants because it’s an affirmative defense.

The Statute of Limitations starts running when a crime is committed, or when the crime becomes known or is discovered no matter how long after the actual offense was committed.

Prosecutors at any time during the Statute of Limitations period can reinstate the charges.

Suspending the Statute of Limitations

In some scenarios the Statute of Limitations can be delayed or suspended, which is called tolling. In cases where the accused or a suspect becomes a fugitive, thereby leaving the court’s jurisdiction, the time doesn’t start running until the person surrenders or is captured.

The Statute of Limitations was tolled for people while they were incarcerated but that was eliminated in 1995.

Keep an eye out for an Arrest Warrant

Although the state has seven years to charge you with an aggravated DUI, it’s a good practice during the early years after your initial contact with law enforcement to check with the court monthly to ensure that a warrant for your arrest hasn’t been issued.

This is important if you’ve had a change of address because you may have missed a summons to return to the court which would result in an arrest warrant being issued. You or your attorney can do these warrant checks.

Aggravated Allegations when Facing a DUI

Prosecutors will add an aggravating factor to certain DUI cases. Aggravated allegations in the Class 4 felony range are: A less serious Class 6 felony is charged for driving while intoxicated with a child 15 or younger in the vehicle.

An aggravated allegation increases the penalties.

A conviction for an aggravated DUI requires a mandatory four months in the county jail which may be deferred considering the COVID-19 pandemic impacting overcrowded jails. The jail time is not mandatory for driving without an ignition interlock.

Your driver’s license will be suspended for a time, and you’ll be ordered to pay fines and surcharges that can reach six figures. Also required is a term of probation that places demands and restrictions on you, such as completing many hours of community service.

Moreover, after your license is reinstated you’ll be required to carry expensive SR-22 insurance for high-risk drivers and have an ignition interlock installed that prevents you from starting the engine if you’ve been drinking. You’ll also need to successfully complete and pay for at least 16 hours of alcohol abuse classes.

Additional Repercussions for a DUI Conviction

Beyond court-ordered penalties, a felony conviction impacts your life in other ways. Felons by law relinquish their Second Amendment right to keep and bear arms. The right to vote is taken away. And keeping or finding employment after completing the jail time will be more difficult as will renting a place to live.

Your reputation in the community also will suffer. The local media may publish your booking photo online for everyone to see.

A felony conviction can keep you from getting into college and you can be expelled if you’re already taking classes. If you have a professional license, as do teachers, financial advisors, and other professions, it will be suspended or revoked.

The machines and methods used to determine the blood-alcohol concentration may have been inaccurate or improperly administered. Or, you didn’t know your license was suspended.

In addition, an attorney can uncover other defenses available depending upon the fact pattern of your case.

Remember, you have Constitutional protections. Law enforcement must have probable cause or reasonable suspicion to detain you.

You have the right under the Fifth Amendment to remain silent to avoid incriminating yourself and sometimes officers still try and get you to answer questions. You also have the right to an attorney to protect your rights during questioning.

The Law Office of Aaron Black offers a free case evaluation to learn what you’re up against.

I’ll explain the law, ask a lot of questions, and evaluate possible defenses.

I’ll promptly respond unless I’m in court. I can review by email or text any documents associated with your case. Payments are made by credit card and Square® processing.

The criminal legal system is operating despite the pandemic through in-person court appearances are limited.

Legal services are deemed essential during the battle against CORVID-19 and Arizona’s courts are limiting personal appearances for defendants.