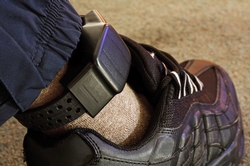 In 2014 due to continual increases in incarceration costs a growing number of cities in Arizona launched their own home detention as alternatives to for those convicted of DUI’s and other criminal offenses.

Arizona law requires first time misdemeanor DUI (under .15 BAC) to serve a minimum of 10 days in jail however 9 days can be suspended. If however you are found guilty of an Extreme DUI, the minimum sentence is 30 days in jail. With that being said, in most Arizona jurisdictions that offer home detention if you have been sentenced to 30 days in jail you will only serve 6 days in jail and 24 days on home detention.

Home detention includes electronic monitoring of which you are required to pay for. The costs can range from $10 to $30 a day depending on the court. The electronic device can monitor for both alcohol consumption as well as track your location. You will be required to submit to 3 random alcohol tests per day.

During your time on home detention you will not be able to leave your house for a maximum of 12 hours a day, 6 days a week. Unlike serving jail time you will get to go home after a long day at work!

Additional punishment for 1st Time Misdemeanor Driving under the Influence (under .15 BAC)

$250 Fine
$210 Surcharge
$500 Prison Fund
$500 Public Safety Equip. Fund
$20 Time Pay Fee
$20 Probation Fee
If you have been charged with a DUI it is important to hire a DUI lawyer that understands the complexities of DUI defense law. At the Law Office of Aaron Black, I personally represent my clients and my focus is keeping you out of jail or the dismissal of your case.

Click here to learn more about home detention in lieu of jail time for a DUI conviction or call 480-729-1683 for a free consultation.