The Holidays are here and you have a right to remain silent! 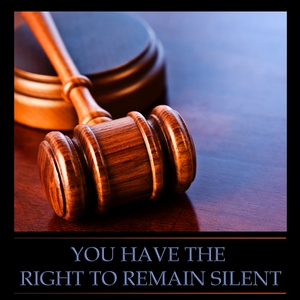 Although we have all been taught to always tell the truth, if you are pulled over during the holidays for suspicion of a DUI in Maricopa County if the police ask you a question you legally do not have to answer.

According to the U.S. Constitution, we all have a Fifth Amendment Right to remain silent. With that being said you do not have to answer if you are questioned as to whether or not you have been drinking.

If you are pulled over for suspicion of a DUI

DUI offenses in Maricopa County can involve complex legal issues and even worse, more serious charges can be levied against you if a person was injured or killed.

You may be charged with DUI under the following conditions

The bottom line is that no matter how smart or smooth you think you are, you will NEVER talk yourself out of a DUI. Remember to invoke your Fifth Amendment Rights and contact a Maricopa County DUI Defense Lawyer in Phoenix immediately.