Have you been charged with Bath Salts Impairment during the COVID-19 Shutdown? 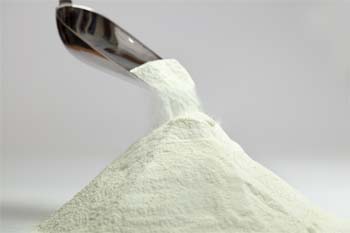 Motorists who drive impaired by bath salts will face a serious misdemeanor drugged DUI charge in Arizona that, if convicted, means jail, hefty fines, and a criminal record that can harm you for life.

The bath salts drug is not the common Epson salt used in bathtub water to draw toxins, relieve swelling, and many other uses. But the look of the illicit drug does resemble the magnesium sulfate white powder chemical of the common household product.

The hijacked name given to this highly addictive and illegally manufactured drug-using chemicals from China is meant to disguise its horrors.

What are Bath Salts?

For those who are unfamiliar with synthetic bath salts, it’s a strong stimulant and its effect on the brain is similar to cocaine and amphetamine but is 10 times more intense. This synthetic drug contains Methylenedioxypyrovalerone (MDPV) or Mephedrone and sometimes both.

Bath salts have become prominent in the illicit drug world over the last decade and go by several street names, blue silk, cloud 9, drone, stardust, vanilla sky, and white lightning. The powder can be smoked, injected, snorted, or swallowed. The packaging uses deceiving labels such as plant food or jewelry cleaner and is sold online or in drug paraphernalia businesses.

Those who manufacture synthetic bath salts have found loopholes to skirt felony criminal charges by changing the recipe slightly forming substances that don’t fit the criteria for banishment. Drugmakers also label “Not for human consumption” on the packages to skirt the law.

Many instances of violent behavior have been related to bath salts use and such behavior leads to more serious charges, destroys its users’ lives, and rips their families apart.

Arizona lawmakers in 2012 passed three synthetic drug laws with all of them classified as Class 2 misdemeanors.

Punishments for a Class 2 Misdemeanor

Under Arizona Revised Statute §707 those who are tried as an adult and a person at the age of 18 or older can be sentenced to a maximum of four months in county jail. The court may order that the person can’t be released until the entire sentence is served.

In addition (with this charge,) the court imposes two years of probation that places certain restrictions, a fine of $750 plus surcharges, community service, drug education classes, and driver’s license suspension.

Should a synthetic drugged DUI driver cause a serious injury or death, or any other related offense, a felony is charged and if convicted far more serious penalties are in place.

Breathalyzers can’t detect drugs, so Arizona has a small force of police officers who are specially trained to detect impairment by drugs and precisely identify the drug.

DRE officers go through three stages of training and must pass a written test after classroom training. The third stage is a field certification that’s valid for 60 to 90 days. They need to recertify after that time period.

If a police officer suspects drug impairment a DRE officer is summoned to the scene.

What should I do if I’m pulled over by the Police?

Your defense begins the moment an officer approaches your vehicle.

It’s crucial that you avoid incriminating yourself so politely decline to answer the officer’s questions. Anything you say at this juncture is included in the officer’s report and becomes evidence against you.

The right to have legal representation during questioning is also your constitutional right.

If you’ve been arrested or are under investigation for drugged driving, your freedom is in jeopardy. You’ll need an experienced and aggressive DUI defense attorney who has worked synthetic drug cases.

Common defenses: Every case has its own fact pattern so other defenses may become available to you.

The Law Office of Aaron Black offers a free case evaluation to learn what you’re up against. I’ll explain the law, ask a lot of questions, and evaluate possible defenses.

I’ll promptly respond unless I’m in court. I can review by email or text any documents associated with your case. Payments are made by credit card and Square® processing.

The criminal legal system is operating despite the COVID-19 pandemic although in-person court appearances are limited.

I defend bath salt cases in Arizona’s justice, city, county, state, and federal jurisdictions.
In light of the Coronavirus pandemic, I wanted to inform clients and potential clients I am still available for consultations. I am always available by phone, text and/or email. We can also use Facetime for social distancing. The criminal justice system is not stopping due to COVID-19.