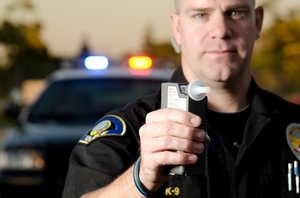 Arizona’s Maricopa County DUI attorneys are taking note of a new Georgia Supreme Court ruling. As well law enforcement in Georgia is scrambling to adjust to the state’s Supreme Court’s ruling on Feb. 18 that breathalyzer tests in DUI cases violate the state’s constitutional right against self-incrimination. The high court also affirmed its previous ruling that forcing someone to take the test violates Georgia’s constitution.

Arizona allows breathalyzer tests but not as trial evidence.

The justices in Georgia recognize that their ruling makes law enforcement’s job tougher.

“Law enforcement is just going to have to change their procedures,” said Pete Skandalakis, executive director of the Prosecuting Attorneys’ Council of Georgia. “If you’ve been in law enforcement or prosecution a long time, you understand these things happen.”

Skandalakis said the council now recommends that police stop administering the breath test, which indicates the level of intoxication. Without a breath test option authorities will have to obtain a search warrant from a judge to take blood or urine samples, which will be more difficult to obtain in rural parts of the state and take longer to have a search warrant issued.

In their ruling the justices considered the August 2015 arrest of Andrea Elliot who was stopped by a trooper with the Athens-Clarke County Police after committing several traffic violations including failure to stay within her lane line. The officer smelled alcohol and other signs of impairment and read to her Georgia’s “implied consent notice” that warns in refusing to submit to testing can be presented as evidence at trial.

At trial, DUI defense attorney Greg Willis motioned arguing that presenting Elliot’s refusal to submit to the test would violate her constitutional right but the lower court rejected that argument and Willis appealed to Georgia’s Supreme Court.

“What kind of right is it if you cannot exercise it?” Willis told the Atlanta Journal-Constitution. “I think it’s plain and simple, black letter law.”

Admin Per Se/Implied Consent in Arizona

In Arizona DUI suspects have the right to refuse a breathalyzer and other field sobriety tests, which authorities use to obtain the necessary probable cause to make a DUI arrest. If someone refuses the tests the state is not allowed to use the refusal at trial.

People often confuse the breath test with the blood and breath test taken after an arrest. If these tests are refused the state can suspend your driver’s license for a year under Arizona’s Admin Per Se/Implied Consent.

This implied consent law states that in lawful DUI arrests you automatically consent to taking a breath, urine or blood test. These can determine the level of intoxication.
However, before submitting to these tests you have the right to speak in private with a DUI defense attorney.

As an experienced DUI defense lawyer my goal is to have your case dismissed. In pursuit of this goal I aggressively – and personally – defend you. I represent a limited number of clients so each of them gets my personalized service.

If you or a loved one have been stopped on suspicion of DUI or have been arrested, your first line of defense is to remain silent and invoke your right to legal representation. These are your constitutional rights.

Contact the Law office of Aaron Black or call (480)729-1683 for a private and free telephonic consultation to discuss your case.