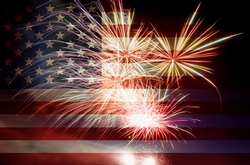 Last year during the Fourth of July holiday 443 people were arrested for a DUI. Of those, 151 had a blood alcohol content of .15 or greater. In Arizona, a blood alcohol level of .15 BAC is considered Extreme Driving under the influence.

The Fourth of July holiday weekend is one of the deadliest times for motorists across the country in fact according to the National Highway Traffic Safety Administration, close to 40 percent of all highway deaths occur during the holiday weekend.

As always I strongly encourage you to contact Uber, Lyft or just designate a driver if you plan on drinking to ensure a fun, safe holiday weekend. After all planning ahead by at least designating a driver is far cheaper than paying for a DUI Lawyer, court costs, serving jail time, running the risk of having an ignition interlock installed on your car as well as facing the social consequences.

Planning on celebrating the Fourth of July on the water? July the 4th is one of the two highest attendance days on the lakes which is all the more reason to practice safe boating and that includes not drinking while boating.

Operating a watercraft while drinking harbors many of the same harsh DUI penalties as operating a motor vehicle. The legal limit for blood alcohol content (BAC) is .08, and Extreme DUI is a BAC of .15 and above. If you are found guilty of drinking while operating a watercraft you could receive a fine of up to $2500 and a jail sentence of up to six months. Subsequent convictions may carry even more severe penalties. The Arizona Boating Laws apply on all waterways of the state, including those common to interstate bound-
aries.

I wish you a fun, safe 4th of July however, if you do end up facing DUI charges in Phoenix over the holiday, please contact Phoenix DUI attorney Aaron Black or call (480)729-1683 for a free legal consultation.