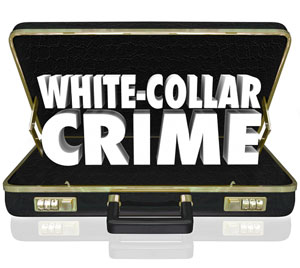 Shana Raelisa was sentenced to 44 months in prison in Phoenix for embezzling nearly 3 million dollars from two Real Estate companies. One real estate company was located in Phoenix and the other in Atlanta, Georgia. Johnson was an accountant at a Property Management company in Phoenix for six years where she issued fraudulent checks and made unauthorized electronic transfers. She was arrested in Georgia where she pleaded guilty to wire-fraud charges after being accused of embezzlement.

Embezzlement vs. Theft in Arizona

In Arizona embezzlement a form of theft. For an employee to be accused of fraud, their position must have been one of trust, and they had the legal right to handle money or business assets as part of their job. If on the other hand, the employee doesn’t have the legal right or responsibility to manage the money it would be considered theft.

I represent clients accused of embezzlement, theft, fraud schemes and money laundering to name a few. Every client can rest assured that I will personally serve them, putting my extensive history of successful criminal defense to work to obtain the best possible outcome. As a leading Maricopa County criminal defense attorney, my focus is on defending individuals charged with serious crimes that carry life-altering punishments and ramifications.

Having worked as a Maricopa County criminal defense attorney for one of the largest law firms in Phoenix, I have defended hundreds of individuals facing a broad range of serious criminal charges.

In my private practice, I have spent countless hours in the courtroom, argued over 50 jury trials, tried over 100 bench trial, and became a highly experienced litigator. When your freedom is at risk you can rest assured that I will go above and beyond to protect your constitutional rights in the courtroom.

If you have been charged with embezzlement contact Phoenix criminal defense attorney Aaron Black or call to set up a free consultation today 480-729-1683.