Fleeing Serious Injury and Fatal Crashes is a Felony 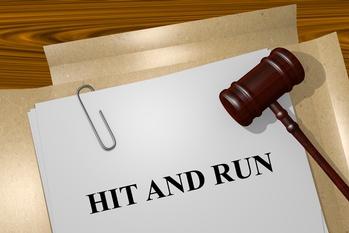 Drivers involved in a serious injury or fatal crash on Arizona roads who leave the scene of the accident will face a felony hit-and-run charge.

In Arizona more than 15,000 hit-and-run crashes happened in 2017 resulting in 3,683 injuries and 65 deaths, according to the Arizona Department of Transportation. So authorities have plenty of experience investigating these cases.

With so many surveillance and cellphone cameras around it could be that investigators have evidence helpful in determining the make, model and color of the vehicle, license number and which direction the driver sped away.

To track down the car and then the driver detectives collect physical and forensic evidence from the crash scene, interview the victim and any witnesses, and they notify body shops about damage to the hunted vehicle. Sometimes a driver will return to the crash scene and raise the suspicion of investigators.

Arizona has six levels of felony charges, with class 1 as the most severe, and all requiring incarceration of increasing duration.

Leaving the scene of a fatal crash is a violation of Arizona Revised Statute §28-661 and a class 3 felony. If the driver caused the crash the charge increases to a class 2 felony. A lesser offense, a class 5 felony, applies if someone is injured but not seriously.

Arizona’s legal definition of a serious injury: If there isn’t a safe place to stop, the driver is allowed to find a safe place and immediately return to the scene. The driver is also required by law to summon medical help for the injured people, and failing to do that is a class 6 felony under Arizona Revised Statute §28-663(A)(3).

If the driver is convicted of hit-and-run the law states that the sentence must be served consecutively, meaning not at the same time with the sentence for any other charges related to the crash, such as reckless driving or driving while intoxicated. Cases involving alcohol or drugs requires the convicted driver to complete alcohol or drug screening.

If convicted, the driver’s license or permit to drive can be revoked in seriously injured cases for five years or 10 years if death occurred. The time doesn’t start running until after the felon has served the sentence.

Arizona law allows time for the fleeing driver to be apprehended, called the statute of limitations. Generally, a felony must be charged within three years of the crime or it can’t be brought. However, if the hit-and-run victim died, the prosecution may under some circumstances levy a murder charge which doesn’t have a statute of limitations.

Several defenses are established in Arizona law that apply to specific situations of the case.

Consequences of a Felony Conviction

A felony conviction has serious implications on the quality of life. Employers may fire you or not hire you and fines add to your financial losses.

Legal Defense for a Hit-and- Run

Hit-and-run is a very serious crime and if you or a loved one are charged or believe you are being investigated you’ll need to be represented by an experienced criminal defense attorney who has handled these cases and knows the intricacies of the applicable law.

In building a defense, the police reports need to be scoured for inaccuracies and it can happen that evidence favoring you is not learned or reported. The defense also conducts its own investigation including interviewing any witnesses under oath to develop evidence that’s in your support.

The state’s physical and forensic evidence may be challenged based on the accuracy of the equipment used and faulty storage and care of evidence may have tainted the results. A crash investigator will reconstruct the event to see how much at fault the other party may have been.

If you’re one of the drivers who later turns themselves in, be sure you have competent legal representation at your side. Authorities will want to know your reason for fleeing, too, but surrendering might help your case.

Should the state have a strong case, the prosecution often will offer to reduce the charge to the next lowest level, which has a lesser sentence, in exchange for a guilty plea and to avoid the cost and time of taking the case to trial.

As a criminal defense attorney I strive to achieve a dismissal for my clients or the best possible outcome.

If you have been arrested on criminal traffic violation or any other offense contact Phoenix Criminal Defense Attorney, Aaron Black or call (480)729-1683 for a free telephonic consultation.