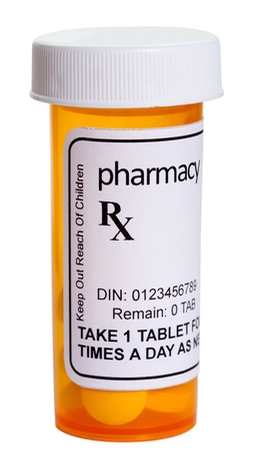 As I’m sure, you are aware opioid addiction is rampant across the United States. According to the Centers for Disease Control, more than 200,000 nationwide died from opioids from 1999 to 2016.

Opioids are a national epidemic. A study by the National Study on Drug Use and Health reported in 2016 reported that an estimated 28.6 million Americans age 12 and overused illicit drugs during the month before the study.


What are Opioids & Opiates?

Opioids are a group of drugs that are used to treat pain. Opium comes from the poppy plant, and opiates refer to natural or slightly modified components of opium. Opiates include codeine, Vicodin, OxyContin, Morphine and Heroin.

What are the side effects of Prescription Opioids?

Pharmaceutical companies are required by law to publish warnings about the side effects, and we’ve all seen them on the prescription labels.

Opioids are narcotic and routinely prescribed, but they can be addicting.

Battling the Opioid Crisis in Arizona

To fight the opioid epidemic in Arizona, starting January 1, 2019 doctors in the Phoenix metropolitan area will be only able to write prescriptions for opioids online. Known as e-prescriptions its part of the Arizona Opioid Epidemic Act (SB 101) that was passed during a special session in 2018.

There are few exceptions to e-prescriptions which are Medication Assisted Treatment (MAT) for substance use or if the prescriber has been granted a waiver.

Electronic prescribing of controlled substances (EPCS) will reduce prescription errors and improve the accuracy of dispensing. EPCS will also lessen prescription fraud by preventing the occurrences of fake prescriptions.

In additions to e-prescriptions, Arizona legislature in January 2018 adopted a bill pushed by Governor Doug Ducey to curb opioid overdoses, which have killed 800 Arizonians in the final six months of 2017, the governor stated.

The new law, which took effect in November 2018, limits opioid prescriptions to last five days, or 14 days for surgical patients, and limits morphine equivalents to 90 milligrams, except for burn, cancer, and hospice patients.

For patients who need more medication, doctors must get approval from a board-certified Pain Management Practioner.

A DUI and Prescription Pain Killers

Patients who drive while on prescription medications containing opioids to relieve pain can be charged with driving under the influence (DUI) in Phoenix, AZ just as those who drink and drive.

Arizona law is tough on prescription defendants under the state’s per se law, meaning that the offense is evident because any detectable amount of drugs determines it.

The moment you are pulled over, your best defense is not to answer questions posed by the officer. Any conversation between you and the officer becomes evidence, and the state will not hesitate to use your words against you to achieve a conviction. Politely ask to talk to an Attorney.

It’s your Constitutional right under the Fifth Amendment, which prohibits self-incrimination to decline answering questions. Just be polite and answer the officer when he asks for your personal information and license.

Each case has their own sets of circumstances. Defense is built on documentation, science, and expert medical testimony.
The defense must obtain its own blood analysis to contradict the state’s test and the accuracy of the state’s test.

It’s crucial to promptly retain DUI Defense legal counsel while evidence and memories are fresh, but more importantly, you should hire an Attorney before any court appearances.

To get a clear picture of what you’re facing I invite you to contact the DUI Defense Attorney Aaron Black or call 480-729-1683 to schedule a free legal consultation.