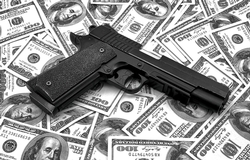 I often times respond to questions submitted on Avvo. I was reminded recently of a question submitted sometime back in regards to a brother in Phoenix who was trying to find some legal information for his brother who had been charged with armed robbery. The problem was his brother was not the one who actually robbed the store and he was still being charged with the crime as an accomplice.

Under the law his brother is accountable for what his co-conspirator did. He could for example have been the getaway driver which makes him guilty of the crime as well. By the way did you know that if you have been charged as an accomplice that it’s the same as being the main perpetrator?

If you have been charged as an accomplice to a crime in Phoenix, click here contact to Law Office of Aaron Black or call 480-729-1683 for a free consultation.