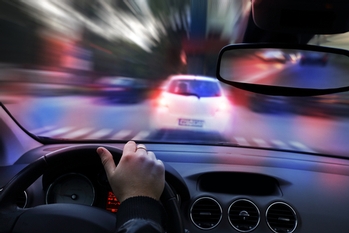 Any level of Arizona’s strict no-tolerance law for intoxicated driving is a serious offense but if the level reaches the extreme and super extreme charges life can get a lot worse.

The principal difference between the two charges is the amount of alcohol in a person’s system, which is determined by the blood alcohol content (BAC). While the state’s BAC minimum is 0.08 percent, the extreme level DUI begins at 0.15 percent and a super extreme DUI starts at 0.20 percent.

The thing is that when you finish your alcoholic drink and think you still have your faculties, it takes a little time before the alcohol delivers its full affect.

Of course, the punishment becomes more severe for defendants who have a prior DUI conviction within seven years of the current offense under Arizona law. If the defendant injured or killed someone while driving at these levels of intoxication, the state will file additional charges such as vehicular manslaughter or negligent homicide, both felonies.

The law also allows enhancements, such as an aggravated DUI situation if a child was in the vehicle at the time of driving intoxicated.

These extreme and super extreme laws establish a period of incarceration, significant fines, a term of probation, a length of community service, license suspension, mandatory alcohol and drug counseling, and installing and maintaining at your expense a device that prevents you from starting your vehicle without first blowing into a breathalyzer. If convicted you’ll also have a criminal record that follows you.

What is Actual Physical Control?

The Arizona Supreme Court has ruled that using the totality of the circumstances is necessary to determine if the driver was in “actual physical control” of the vehicle. You don’t have to be driving to be arrested and convicted of these offenses. The vehicle doesn’t have to be running. It doesn’t have to be in traffic lanes and it can be parked.

The prosecution must prove its case against you beyond a reasonable doubt. These are common defenses for both offenses:

Actually, the first step in your defense depends on you. When the police pulls you over, shines a light in your eyes and starts asking questions do this: Politely ask for an attorney and “take the fifth.” The Fifth Amendment includes your right to remain silent.

Don’t answer any questions. You probably wouldn’t do well anyway and there’s no way you can talk your way out of the situation. The reason to stay silent is that the prosecution will use anything you say against you.

It’s also crucial that you be represented by an experienced DUI defense attorney. You’re allowed a phone call after the arrest so call an attorney or family members asking them to promptly arrange for an attorney.

There’s a good reason to do that -- protecting your license. Not many people know this but at your arraignment, your defense attorney can ask for a Motor Vehicle Division administrative hearing or summary review within 15 days beginning from the date of your arrest. Defendants who aren’t promptly represented by an attorney likely won’t know to request this administrative law step in the case.

Each case has its own fact patterns and circumstances and these can determine the best possible defense. The defense will thoroughly and aggressively investigate the charges looking for flaws in evidence that can establish reasonable doubt in the minds of jurors. This includes challenging the admissibility and accuracy of the states forensic evidence.

If the state has an iron clad case against you it may be possible to have the charge reduced to a lesser offense in exchange for a guilty plea. It’s totally up to you to enter into a plea bargain and the defense can negotiate a deal.

Contact DUI defense attorney Aaron Black or call (480)729-1683 for a free telephonic review of your case. I am open 24 hours a day providing personalized legal service to my clients. I aggressively represent clients in all Arizona city, state and federal courts.