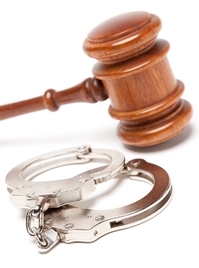 If you are facing charges of Extreme DUI in Phoenix, it’s essential to speak with a Phoenix DUI lawyer who has a clear understanding of the complexities of extreme DUI laws.

Charges of Extreme DUI in Phoenix result from driving under the influence with a blood alcohol content (BAC) above .15 but less than .20. Penalties vary for first-time or repeat offenders. These offenses carry mandatory prison terms.

1st Time Extreme Driving Under the Influence above a .15 BAC (but less than .20)

2nd Time Extreme Driving Under the Influence above a .15 BAC (but less than .20)

$500 Fine
$420 Surcharge
$250 Driving Under the Influence Fund
$1250 Prison Fund
$1250 Public Safety Equip. Fund
$20 Time Pay Fee
$10 Probation Fee
Although the evidence may seem overwhelming against you a compelling strategy for your individual case by an experienced attorney in extreme DUI defense can mean all of the difference.

If you have questions or if you are facing extreme DUI charges in Phoenix, don’t take chances with your future. Click here to contact me or call 480-729-1683 for a free consultation today!