Endangerment in Arizona includes Driving under the Influence 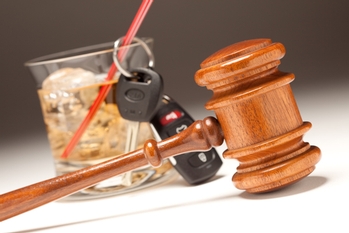 An act of endangerment under Arizona law takes in an array of situations, and if you or a loved one is accused of this offense you’re facing a serious criminal charge. If convicted your life will change dramatically.

To win an endangerment conviction, the state’s case must prove beyond a reasonable doubt each of these elements that comprise this law. The defendant:

Examples of Endangerment in Arizona

There are numerous situations of endangerment. Let’s look at some of the most common that happen in all cities including Phoenix, AZ.

Prosecutors can charge a felony or a misdemeanor depending upon the seriousness involved.

A class 6 felony in in all cities including Phoenix, AZ, the least serious of this class of crime, is often charged in DUI cases and is used when someone was placed at a substantial risk.

If the risk wasn’t substantial a class 1 misdemeanor, the most serious of misdemeanor crimes, can be charged.

An endangerment felony conviction in all cities including Phoenix, AZ means incarceration in state prison and court ordered fines and surcharges stretching into four figures. Probation ordered by the court places restrictions on the defendant’s conduct after the sentence is served, such as not consuming alcohol or non-prescription drugs. A misdemeanor conviction can require time in jail and significant fines. Repeat offenders face more time incarcerated under Arizona law.

Judges have discretion under Arizona’s sentencing guidelines, which has five ranges to determine how long a sentence should be in particular cases. The levels are mitigated, minimum, presumptive, maximum and aggravated.

Those convicted of a felony in Arizona are further punished by stripping them of their Constitutional Second Amendment right to possess and bear firearms and the right to vote in elections.

As landlords have a duty to protect their renters, it can be difficult for a convicted felon to rent a place to live, although the defendant may argue discrimination under the Department of Housing and Urban Development.

The fines and potential loss of employment for felons creates a financial hardship and those who have professional licenses such as teachers and financial consultants face license suspension or revocation.

Police and prosecutors investigating an alleged endangerment situation may not go beyond the obvious in collecting evidence and sometimes may overlook evidence favorable to the defendant. They’re busy with a heavy case load and can miss things in the rush to judgment.

An experienced criminal defense attorney in Phoenix, AZ and surrounding areas conducts an independent and thorough probe into all of the state’s evidence and can interview state witnesses and challenge their credibility. The defense searches for errors in fact, mistakes in procedure, and any violation of the defendant’s constitutional rights protecting against self-incrimination, or continuing the interrogation even though the defendant asked that an attorney be present.

Other defenses may be available depending upon the fact pattern of the particular case.

In some cases the prosecution may offer to replace the endangerment charge with a less serious offense carrying a more lenient sentence, if the defendant enters a guilty plea to the reduced charge, such as acting recklessly. If the prosecution doesn’t offer a plea agreement, it may be possible for the defense to negotiate a reduced charge.

If you or a family member has been charged with endangerment in any city including Phoenix, AZ, it's imperative that you immediately be represented by an attorney who is well-versed in this area of law such as myself.

I invite you to take advantage of my free legal advice by contacting Phoenix Criminal Defense Attorney Aaron Black or call (480) 729-1683 for a confidential telephonic case assessment without any obligation to hire me to defend you. This free service is available 24/7 and I will promptly respond unless I’m in court.

During our conversation I’ll listen to your side of the case, ask questions and explain the law and procedures and advise you of your options.

I provide personalized service all the way through the various procedural steps and I have a record of aggressively defending criminal cases to achieve the best result possible. I work to earn a dismissal of the charges before trial. Everyone is entitled to a fair and impartial trial.