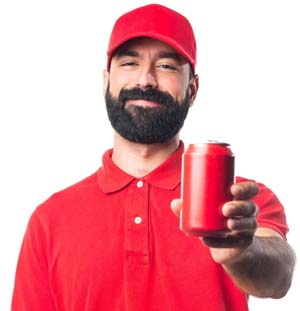 Necessity may be the mother of invention but desire delivers door to door. DoorDash is now taking beer, bourbon, wine and whiskey to homes in Arizona, 19 other states, the District of Columbia, Australia and Canada.

DoorDash has expanded beyond restaurants to ordering from grocers, convenience stores and area retailers. They now join in competition with other alcohol delivers, Drizly, Minibar, Saucey and even some restaurants that deliver spirits with meals.

DoorDash’s new alcohol delivery service in Phoenix, Arizona may save people from driving home while under the influence from an evening out and getting a DUI. 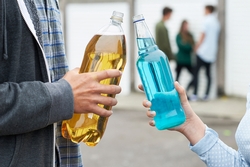 DoorDash says it has online ordering procedures to ensure the customer is of legal drinking age, which is 21 in Arizona. An app will ask the customer at checkout to verify the birthdate by uploading a government issued photo ID which the driver can see. Other information is blurred out. After the delivery is made, the driver cannot regain access to the identification.

DoorDash in June of 2019 began delivering alcohol in Southern California “with plans to expand quickly to other cities,” the company stated in a press release. “Alcohol delivery has been one of our most requested features from DoorDash users.”

The customer ordering alcohol must be the one who receives it or the order is abandoned. If another person receives the alcoholic order, the “dasher” will ask to verify their age and scan a valid government identification. The same process is used to send a gift to someone else.

A dasher who knowingly provides an alcohol order to an underage customer can be criminally charged with a Class 1 misdemeanor and be fired. 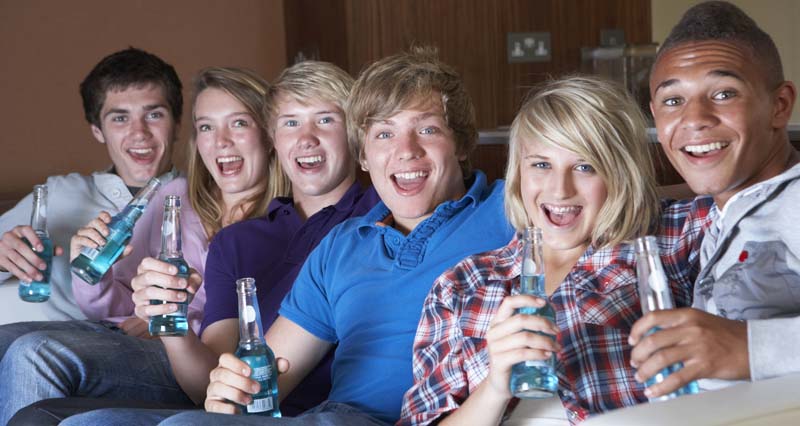 Arizona Revised Statute §4-301 states that a social host is not liable for an impaired guest causing damages or harm. The exception is if the social host is serving alcohol to a person who is younger that the legal drinking age.

Arizona, a zero tolerance state, has some of the strictest drinking and driving laws in the nation.

If a DoorDash customer or a guest drink a little too much at home and then get in the car and drives, it is placing themselves and others on Arizona’s roads in danger.

Teenagers from 14 to 17 who are drinking and driving can be convicted of a so-called “baby DUI, which can be charged as a misdemeanor or a felony depending upon the facts of the case and if the minor has a previous offense.

The minor need not be driving to be charged. All that is necessary is to be in “actual physical control” of the vehicle. This means that the ignition key is within reach, such as in the ignition or the driver’s pocket.

Minors who have consumed any amount of alcohol can face a Class 1 misdemeanor, the most serious of the misdemeanor violations. The prosecution is not required to prove the minor’s level of the blood-alcohol concentration (BAC). The case will be adjudicated in juvenile court.

If convicted: The only exception for a minor to consume alcohol is if the alcohol was for a medicinal purpose or a religious ceremony.

The baseline BAC for adults is 0.08 percent and the charge is a Class 1 misdemeanor, although a person can be charged with a DUI even below the baseline under Arizona’s slightly impaired law. A DUI charge can be elevated to a felony if the issue at hand involves an aggravated allegation such as causing injury.

A first-time Class 1 DUI misdemeanor conviction is punished by a minimum of one day and as many as 10 days in jail and $1,250 in fines and surcharges.

The license to drive can be suspended for 30 days and then a restricted license is issued. An interlocking ignition device (IID) that detects alcohol and prevents the engine from starting must be rented and installed at the defendant’s expense.

Completing an alcohol screening, education and treatment program, again at the defendants’ expense, can be ordered by the judge. The court may also require a period of community service picking up trash and such.

Police must have probable cause or a reasonable suspicion that a driver is impaired to stop a vehicle. The officer can make a mistake in conducting the field sobriety test. The breathalyzer test result is faulty. If blood is drawn, it may become tainted from improper storage or handling. In addition, the officer did not advise you of your right to remain silent and to have an attorney during questioning.

Aaron M. Black Law in Phoenix to your defense

If you drive and get pulled over after enjoying a DoorDash delivery, I have extensive experience defending DUI charges. I know that good people can make a mistake and deserve an aggressive defense, challenging the state’s evidence and the procedures the police used, while conducting a thorough independent investigation.

A defendant’s common complaint is that they did not have prompt access to their attorney. That doesn’t happen at Aaron M. Black Law. You will not be handed off to an assistant.

Begin your DUI defense by calling 480-729-1683 at any time day or night, weekends or holidays, and I will respond promptly unless I am at trial or in court. Or use my online contact form.