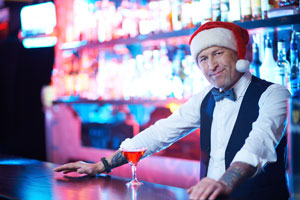 The time for attending holiday parties and family gatherings are among us and as you celebrate the season please remember that the Arizona DUI enforcement campaign is in full swing and drinking and driving with your children in your car can lead to a felony DUI.

If you are arrested for a DUI with a child in your car under the age of 15 this is considered an Aggravated DUI in Phoenix. A conviction has dire consequences in terms of jail, mandatory fines, and license suspension but even worse what if your child gets hurt while you were driving under the influence.

The holidays are indeed a time of celebration but in Phoenix, even one or two drinks can lead to an arrest. A simple miscalculation on your part behind the wheel can lead to you being pulled over and if the officer smells alcohol on your breath even though you may have had just a few drinks this gives them probable cause to arrest you.

$250 Fee
$750 Fine
$630 Surcharge
$1500 Prison Fund
$1500 Public Safety Equip. Fund
$20 Time Pay Fee
$20 Probation Fee
Celebrate the holidays safely and remember to pass the keys if you decide to celebrate with drinks no matter how few. The safety of you, your family and innocent bystanders can be a risk with you behind the wheel even if you’re slightly “buzzed.”

If unfortunately, you are facing felony DUI charges for an aggravated DUI, don’t take a chance with your future and contact an experienced DUI attorney in Phoenix to represent you. To learn more click here to contact me or call Aaron today for a free consultation at 480-729-1683.