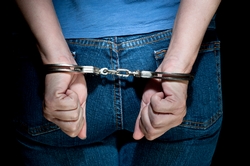 Typically when we think of disorderly conduct the first thing that comes to mind is a person who is inebriated to the point of being argumentative, defensive and loud however it covers much more than that

A misdemeanor is classified as a class 1 which by the way is just below a felony charge and it can include incarceration and some pretty stiff fines.

In the case of a deadly weapon being involved, the charge becomes a class 6 felony. If convicted of a class 6 felony the punishment can be a maximum of 2 years in prison, supervised probation and fines and surcharges.

If you have been charged with disorderly conduct in Scottsdale, AZ I strongly encourage you to hire a Phoenix criminal defense attorney whose focus is entirely on criminal defense. Facing charges of disorderly conduct can be complicated & confusing and an attorney that not only possesses the knowledge of the law but one that also has the experience in the courtroom defending clients against such charges can mean the difference between life-altering punishments and ramifications and reduced charges.

At the Law Office of Aaron Black, I have successfully argued and defended my clients in numerous cases to a jury and judge and many of my criminal defense cases have resulted in dismissals or substantially reduced charges. My experience is based on defending of over one thousand individuals facing criminal charges ranging from traffic tickets to second-degree murder.

If you have been charged with disorderly conduct in Scottsdale Arizona, click here to contact me or call 480-729-1683 for a free consultation to discuss the charges against you.