Did you know that the installation of the ignition interlock device applies to all DUI offenders? 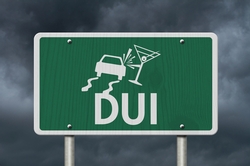 As part of a plea or conviction for any DUI in Scottsdale, Arizona you will be ordered to install the ignition interlock device (IID) for a period of at least one year depending on your circumstances. Arizona invoked the ignition interlock law in 2007. The law states that anyone who is arrested with a blood alcohol concentration (BAC) over .08, you will be required to have the IID installed on your vehicle. Beginning January 1, 2012 a first time DUI under a .15% BAC you will only have to have the interlock for 6 months.

The installation of the Ignition Interlock Device (IID) begins from the date that your driving privilege is revoked or from the date you receive the report of conviction, whichever occurs later.

If you have questions about the ignition interlock device, click here to contact me of call 480-729-1683 to set up a free consultation today!