Did you know that DUI Blood Tests in Arizona Can Be Inaccurate? 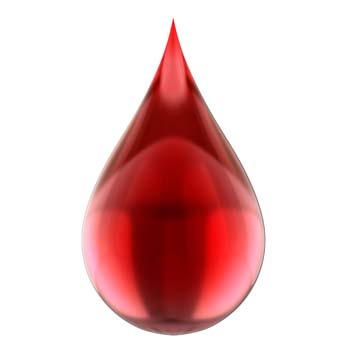 Drawing blood in Arizona to prove the level of alcohol in a person’s bloodstream seems like a sure, scientific system to absolutely show every time that someone was driving while intoxicated.

But it just seems that way.

In fact, blood testing to determine the blood-alcohol concentration (BAC) is not infallible. Blood sample results can be challenged by the defense on scientific, handling, and procedural grounds.

An Officer may Legally Choose a Draw Blood

At the traffic stop the if investigating officer suspects a driver is impaired at or beyond the illegal 0.08 percent BAC and if the driver refuses a breathalyzer test, the refusal means a suspension of the privilege to drive. The officer then can order a blood test.

In Phoenix, Arizona and surrounding communities, certain DUI enforcement officers have been trained in the procedures for drawing blood and some are certified phlebotomists. Or a van staffed and equipped to draw blood may be summoned to the traffic stop scene. Otherwise the suspect is taken to a police station or hospital where blood can be drawn.

To prove BAC accuracy, the blood must be drawn within two hours under Arizona law. If a suspect refuses a blood draw, which also results in a license suspension, the officer must obtain a search warrant from a judge. With today’s technology that can be accomplished within a short time, but not always.

If the blood draw occurred after two hours or longer the authorities can call in chemists and toxicologists to use a scientific and mathematical process called “retrograde extrapolation.” Even if no alcohol was detected after several hours, retrograding determines what the BAC level had been within two hours and the results will be used against the defendant.

Getting Blood Tests into Evidence

Records attesting to the calibration and maintenance of equipment and method used in testing the blood are also necessary.

It’s customary at the blood draw to take enough to provide the DUI Defense Attorney with a sample for independent testing to refute the test results obtained by police. The goal is to develop a reasonable doubt of guilt and win a dismissal. The defense will bring in experts to challenge the personnel involved in the blood draw and the analysts who determined the results.

I recommend that you request an independent blood test after the police have obtained the blood/breath sample from you. By law the Police must give you the opportunity to make arrangements for the test if you have to remain in custody.

All cases have particular circumstances that can be defenses. For example, if police didn’t have probable cause or reasonable suspicion to make the traffic stop, that’s a violation of your Fifth Amendment right protecting you against self-incrimination.

It’s uncomfortable to decline to answer the officer’s questions at the traffic stop but anything you do say will be used against you so it’s best to politely decline.

Ramifications of a DUI Conviction

A DUI charge in Phoenix, Arizona and surrounding communities can be either a misdemeanor or a felony depending upon the BAC level and other factors, but each has ramifications in regards to your freedom. Again, I encourage to you to promptly and politely ask for a DUI Defense Attorney.

As an experienced and aggressive DUI defense attorney I provide a free case assessment to gauge the strength and faults of the state’s case.

I’ll listen to your side of the event, answer and ask questions, explain the law and the processes involved and your what your options may be.

Contact Phoenix DUI Defense Attorney, Aaron Black to discuss your situation in confidence or call (480) 729-1623 at any time day or night, weekdays or weekends and I’ll promptly respond unless I’m in court.

I defend DUI cases in all Arizona City, State, and Federal Courts.