Did you know a 2nd Time Extreme DUI charge must be within 84 months of the first DUI conviction? 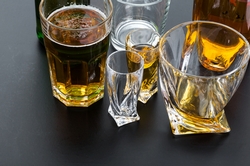 If you are facing charges for a 2nd time Extreme DUI in Phoenix, it is essential to speak with a lawyer who has a clear understanding of the complexities of DUI laws. If the Extreme DUI charge was outside of the 84 months from your first DUI conviction it is especially important to seek legal council.

There are several possible DUI defenses that can be taken to that may result in dismissal of the charges, not guilty verdicts, no jail time, or substantially reduced charges.

A 2nd time extreme DUI should not under any circumstances be taken lightly and I can’t emphasize enough how important it is to hire an experienced Phoenix DUI attorney to represent you.

2nd Time Extreme Driving Under the Influence Above a .15 BAC (but less than .20)

$500 Fine
$420 Surcharge
$250 Driving Under the Influence Fund
$1250 Prison Fund
$1250 Public Safety Equip. Fund
$20 Time Pay Fee
$10 Probation Fee
If you have been arrested for an extreme DUI for the 2nd time in Phoenix select an experienced DUI attorney. From legal representation to conducting the investigation and filing motions on your behalf you need to feel confident in your attorney during this potentially life-altering situation, so do your homework and check their qualifications thoroughly, as friends and check sites such as AVVO.com.

If you have questions or if you are facing 2nd time Extreme DUI charges in Phoenix, Arizona, don’t take chances with your future, click here to contact us or call Phoenix DUI defense attorney, Aaron today for a free consultation at 480-729-1683.