DUIs for Synthetic Drug use and Possession in Arizona 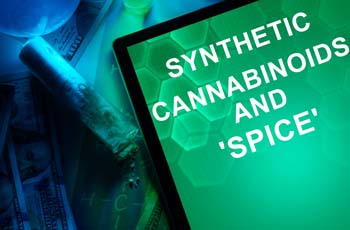 nthetic drugs, once known as designer drugs, are causing significant health and legal issues in Arizona and the nation including driving while under the influence of man-made compounds.

These engineered drugs are addictive, dangerous, sometimes deadly, but detecting the artificial compounds in a person’s system using traditional DUI urine and blood tests can’t pick up these imitation drugs. However, a DUI charge can still be lodged.

For example, synthetic marijuana, known on the streets by various catchy marketing names including Spice, Blaze, Red X dawn, or K2, is more potent than natural marijuana and can’t be detected by blood and urine if the chemical is applied to natural marijuana.

Synthetic drugs are designed to copy the type of “high” that natural plants produce. Synthetic drugs get around drug laws because the formula changes. And the result is that consumers can’t know what chemicals are used, the strength of the synthetic drug or how individuals will react to it.

The Spread of Synthetic Drugs

Federal law addresses synthetic drugs under the Synthetic Drug Abuse and Prevention Act adopted in 2012 that identifies 26 types of synthetic cannabinoids and cathinones.

In May of 2014 the U.S. Drug Enforcement Administration (DEA) identified between 200 and 300 new synthetic drugs with the majority of them manufactured in China, according to a DEA news release after a huge synthetic drug takedown.

New synthetic drugs are routinely developed for the market comprised mostly of teenagers and young adults and are readily available at head shops and convenience stores. Synthetic drugs are cheap and are promoted as harmless or natural to fraudulently boost sales.

Arizona is a no-tolerance state so anyone who is merely “slightly impaired” by a drug while driving or in actual physical control of a vehicle can be arrested and charged with a DUI involving drugs or alcohol.

The manufacture of “certain substances and drugs” is prohibited by Arizona Revised Statute §13-3459.

Possession of a Synthetic Drug

The possession of a synthetic drug could be prosecuted with or without a DUI allegation. It’s the prosecution’s duty to prove beyond a reasonable doubt that the suspect knew that the illicit drug was in his or her possession. Someone might have quietly slipped the drug in a pocket or purse.

What do I do if I’m pulled Over by the Police?

Your first line of defense is to refrain from convicting yourself at the traffic stop. All that’s necessary is to invoke the Fifth Amendment to remain silent. Anything you tell the officer will become evidence in the police report and will be used against you. Traffic officers know this but may continue asking questions, so you may “take the Fifth” more than once.

You also have the constitutional right to be represented by a DUI Defense Attorney during police questioning so you can combine these two constitutional protections at the stop.

Arizona law classifies synthetic drug violations as a class 2 misdemeanor or a felony can be charged against those who have prior criminal offenses. If convicted the punishment can be time in jail, fines and surcharges, community service, successfully completing a drug education program followed by a term of probation that places constraints on freedom. The license to drive can also be suspended.

A synthetic drug conviction hurts your chances of getting or keeping a job, renting a place to live and stains your reputation in the community.

Ignorance of the law is not a defense, so a person who believed or thought the synthetic drug was a legitimately controlled substance can’t raise that as a legal argument.

However, defenses may be available depending on what exactly happened. These are common synthetic drug defenses:

If circumstances dictate that a defense theory is not available, the defense attorney and the prosecutor may be able to reach an agreement. If the defendant enters a guilty plea to a lesser charge, the state in return will dismiss the more serious offense. This plea bargaining is beneficial to the defendant and the state can clear a case without the expense of a trial.

However, this avenue may not be available to those who have a previous synthetic drug or another criminal conviction.

If you or a loved one have been arrested or are under investigation for a synthetic drug DUI, it’s imperative that you promptly speak with a qualified DUI defense attorney such as myself because your freedom and financial well-being are at stake.

Contact Phoenix, AZ DUI Defense Attorney Aaron Black for a free, no obligation legal consultation or call (480) 729-1683 any time on any day and I’ll promptly respond unless I’m in court. I’ll listen to your side of the story, ask questions, answer your questions and assess what your options are.

I have a long record of aggressively fighting for clients in Phoenix and surrounding communities and I defend criminal cases in all city, state and federal courts.