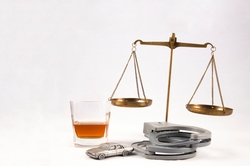 Holiday weekends typically result in increased patrols looking for drivers under the influence and the past Memorial Day weekend was no exception as the Arizona DUI Task force made over 550 stops that resulted in DUI arrests.

Phoenix DUI Lawyer, Aaron Black defends clients charged with a wide range of offences which include criminal offenses, vehicular crimes and DUI cases across Arizona. Defending individuals in all Arizona Federal, State and City courts, Aaron’s focuses on the fact that we all have Constitutional Rights and he is proud that he can guarantee his clients’ Rights are protected while in the court system. His main focus is if the Government can prove their case beyond a reasonable doubt.

In Phoenix, Arizona you may be charged with DUI under the following conditions: