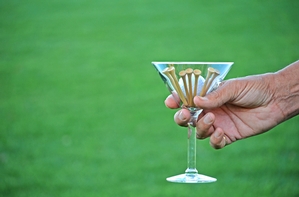 The Waste Management PGA tournament started earlier this week at TPC Scottsdale and will continue through Sunday, February 3rd. Along with the golf tournament, the DUI Taskforce will be in full force to crack down on drunk drivers leaving the event.

If you are planning to attend the tournament this weekend and expect to have a few cocktails, you are encouraged to find an alternate method of transportation. I encourage you to utilize ride-sharing services such as Lyft or Uber of course if you can find a designated driver that's a great alternative as well.

With a record number of arrests in 2018 and Arizona’s harsh penalties for a DUI, I encourage you to take drinking and driving after the event very seriously.

What should I do if I'm arrested for a DUI?

Should you find yourself in need of legal assistance after attending the Waste Management Open, the Law Office of Aaron Black will be available 24 hours a day.