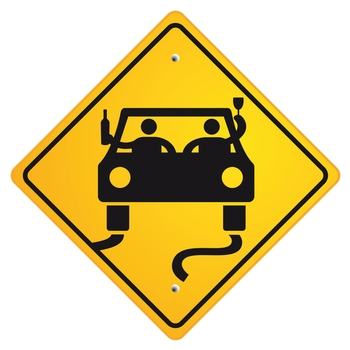 The 4th of July holiday is here and if you are traveling to spend time with family and friends, be aware that DUI Task Forces will be out in full swing looking for impaired drivers.

Celebrate the July 4th holiday safely and remember to pass the keys if you decide to celebrate with drinks no matter how few. The safety of you, your family and innocent bystanders are at risk if you are behind the wheel after drinking even if you’re slightly “buzzed.”

What do the Police look for to detect drunk drivers?

The police will more than likely step up efforts to thwart drinking and driving with extra patrols. A simple miscalculation on your part behind the wheel can lead to being pulled over, and if the officer smells alcohol on your breath even if you have had just a few drinks, this gives them probable cause to arrest you for a DUI. As you know, Arizona has some of the most severe penalties for DUI in the country and even a first time DUI can carry some harsh penalties such as jail time and fines.

Arizona DUI law determines if a conviction is either a misdemeanor or a felony based on the level of a person’s blood alcohol concentration (BAC).

The legal limit in Arizona is 0.08 BAC, but higher levels are more serious. A BAC of 0.15 is charged as an extreme DUI, and 0.20 BAC is super extreme DUI.

Remember, Arizona is a zero-tolerance state meaning that police can arrest you if you’re only “slightly impaired.”

You may be charged with DUI under the following conditions.

What should I do if I’m pulled over for suspicion of a DUI?

DUI offenses in Phoenix can involve complex legal issues, and even worse, more serious charges can be levied against you if a person was injured or killed.