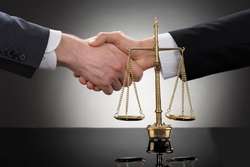 If you are facing criminal charges in Phoenix a common way to resolve the charges is a plea bargain. A plea bargain (agreement) is a compromise between you and the prosecutor which eliminates the need to go to trial. Please be aware that when you plea bargain you will have to confess to being guilty of the charges levied against you.

Plea agreements may offer the best resolution for your particular case. Nevertheless, you should make sure that you understand the full extent of the bargain as some come with additional consequences. The results could be the loss of your right to appeal, relinquishing your professional license, virtually ending your career. Also, if you are not a U.S. Citizen, you could be deported if the crime is considered a felony in Phoenix.

Plea bargains do come with benefits such as the assurance of the penalty that you will face as well as a quick resolution to the charges against you, a shorter sentence and the possibility of less damaging charges. Also, if you are in custody, a plea agreement means that you will be free to get out of jail which may be considered probation.

If you are facing criminal charges in Phoenix and you’re not sure if a plea agreement is right for you, contact Aaron Black for a free consultation or call 480-729-1683.
In light of the Coronavirus pandemic, I wanted to inform clients and potential clients I am still available for consultations. I am always available by phone, text and/or email. We can also use Facetime for social distancing. The criminal justice system is not stopping due to COVID-19.