Commercial Drivers and the Strict DUI Laws in Arizona

Commercial drivers navigating tractor-trailer rigs and other large conveyances used in Arizona commerce have a greater expectation for safety because of their vehicles’ missions, massive weight, size, and propensity for participating in serious consequences.

These professional drivers who hold one of three commercial license classes, A, B, or C, may face the end of a career if convicted of driving while impaired. 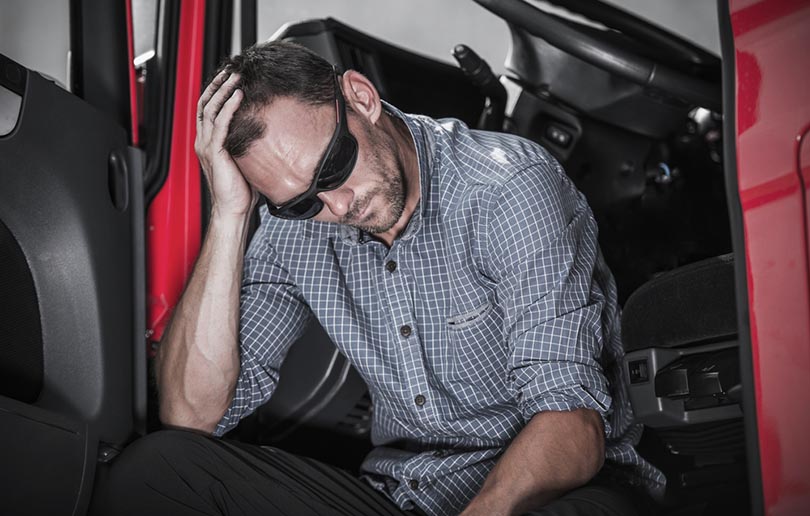 A conviction for drinking and driving for those who have an Arizona commercial driver’s license means not only a conviction and a criminal record, but also license suspension and in some cases, the Arizona Department of Motor Vehicles will disqualify a commercial driver.

Commercial drivers are held to a more strict level of impairment. Arizona caps a blood-alcohol concentration (BAC) level at 0.04 percent, half of the baseline 0.08 percent for non-commercial drivers. A second DUI conviction means the commercial license is suspended for life.

DUI defendants residing outside of Arizona

For interstate truckers who are convicted for drinking and driving in Arizona, the situation is more difficult. The defendant will serve the sentence in Arizona. Fines are paid to Arizona and cannot be challenged from another state. In DUI cases that go to trial, the out-of-state defendant must return to Arizona for court.

While Arizona residents can be sentenced to jail, they may go to their jobs during the day, returning to the jail after the work day. Drivers from other states will not have that luxury unless they can make such arrangements to serve time in their home state and pay for their own incarceration.

Arizona cannot suspend or revoke an out-of-state commercial license, but a DUI conviction will be reported to the home state’s authorities for action.

Commercial driver’s licenses can be suspended and even revoked for multiple serious traffic offenses occurring within three years.

Serious offenses include speeding at 15 miles per hour over the posted speed limit, reckless driving, aggressive driving, texting while driving, and any violation that involves a death.

The Arizona Motor Vehicle Department also considers that driving while the commercial license is suspended or revoked and driving a commercial vehicle without the proper license are considered serious offenses.

A commercial driver can be arrested for impaired driving by testing at or above the BAC legal level. Although, Arizona has a zero tolerance policy so drivers can be arrested if they are even “slightly impaired.” The arresting officer makes that determination based on training. Drivers who refuse to take the breathalyzer test will have their license confiscated and suspended.

If the impairment is drug related, Arizona has drug recognition experts (DRE) who undergo training, testing, and certification. They can be called to the traffic stop to conduct testing.

A commercial driver does not need to be driving to be arrested for DUI. It is sufficient to be in “actual physical control” of the vehicle, a class 1 misdemeanor. Under Arizona Revised Statute §28-1381 ()(1) a person must have access to the vehicle while impaired.

The law as written, does not give definitions but the commercial driver needs only to have “present or imminent” access to the commercial vehicle. A number of facts are considered to determine if actual physical control existed. These factors include:

Arizona has some of the strictest DUI laws in the nation ranging from misdemeanors to felonies.

A number of defenses for DUI charges are available under Arizona law. These include that the traffic stop was made without probable cause or reasonable suspicion, breath and blood tests results for BAC were faulty, racial profiling, and the arresting officer failed to recite the Miranda rights.

Defending commercial licenses can rescue a career. That is why I fight so hard defending the DUI case, that and helping people in trouble.

I began my criminal defense practice after serving as a public defender to protect the legal rights of people and ensure authorities obey the law. Since then I have built a strong record of aggressively attacking the state’s case always with the goal of winning a dismissal of all charges. My clients also receive personalized service so they will always be speaking with me, not an assistant.

Begin your DUI defense and protecting your commercial driver’s license and career by calling 480-729-1683 at any time day or night, weekends or holidays and I will promptly respond unless I am in court.

I defend DUI charges in federal, state, municipal and justice courts in and surrounding Maricopa County.