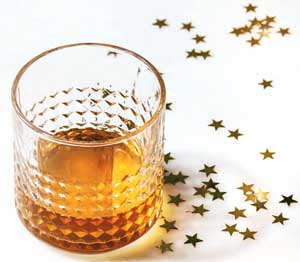 Celebrity and wealth generate intoxicating prestige, power and privilege. Some of these fortunate people come to believe they are special, above society’s law.

Their days in court for endangering others on the roads in Arizona and across America by drinking and driving do not end as ours often do. Lenient DUI sentences are common for the rich and famous.

This is a random sampling of those who have benefited from their position in society.

Michelle Rodriguez, star of the TV drama Lost, and The Fast and the Furious, in 2004 plead no contest in California to hit-and-run, DUI, and driving with a suspended license. She was sentenced to 48 hours in jail, community service, completing a three-moth alcohol education program, and three years of probation.

In 2005 Rodriguez was sentenced to 60 days in jail for violating probation but only served several hours because of overcrowding.

Then in 2006 she plead guilty to a DUI charge in Hawaii with a BAC of 0.14 percent and was sentenced to the minimum for a second DUI offense, five days in jail with one day off for time served the day of her arrest and a $500 fine. She took the jail time although the judge gave her a choice of serving 240 hours of community service. The state had wanted 14 days in jail and a $1,500 fine.

In 2007, she was sentenced to 180 days in jail for violating probation and was released after 18 days, again, because of overcrowding.

Ethan Couch, the privileged 16-year-old son of a rich businessman, drove into four people who were stranded by a broken SUV on a narrow Texas road killing them all and injuring two others who were riding in the bed of Couch’s pickup truck. Couch’s blood-alcohol concentration was 0.24 percent, three times over Texas’ legal limit.

Prosecutors sought a 20-year sentence to prison for involuntary manslaughter but a defense psychologist testified that Couch suffered from “affluenza,” because his parents never placed limits on his behavior. The juvenile court judge found him guilty and sentenced Couch to 10 years of probation without any incarceration. Couch soon violated his probation.

Paris Hilton, the Simple Life star and heiress to the Hilton Hotel fortune, was on her way to an In-N-Out Burger in September 2006 when she was stopped in Hollywood for driving erratically and arrested for DUI. She was sentenced to three years of probation and alcohol education program. She violated probation by driving on a suspended license in 2007 and was sentenced to 45 days in jail. After three days behind bars Hilton was released to serve home detention which was revoked a day later and she was remanded to custody to serve her sentence.

Justin Bieber, the teen-idol pop singer who egged his neighbor’s home, paid $80,000 in damages and plead no contest to misdemeanor vandalism even though the amount of damage was in felony territory.

Bieber was again arrested in 2014 in Miami Beach after police saw him double the speed limit in street racing. He was charged with DUI, resisting arrest, and driving without a valid license. Never mind the street racing or the presence of marijuana and Xanax in his system, used for anxiety disorder.

He plead guilty to careless driving and resisting arrest and the prosecution dropped the DUI charge in plea bargaining that required him to spend 12 hours of anger management counseling and a program teaching the impacts of driving intoxicated. He also paid $50,000 to a youth charity outside of the plea agreement. In sentencing the judge instructed him to be a better youth role model.

Lindsay Lohan, child star debuting in The Parent Trap, was arrested in May 2007 in Beverly Hills after she was in a car crash a week before filming Poor Things was to begin and lost the part. She was charged with DUI, along with possession of cocaine, a misdemeanor hit-and-run. She plead guilty to drug possession and no contest to the DUI charge and reckless driving. She was in custody for one day. She spent 45 days in a treatment center.

Two weeks after leaving rehab Lohan was arrested in Santa Monica for a second DUI, felony possession of cocaine and driving with a suspended license. She plead guilty to DUI and misdemeanor cocaine use. The court sentenced her to one day in jail, but she spent only 84 minutes because of overcrowding, community service, alcohol education program and three years’ probation which was extended for another year for missing court appearances and substance abuse classes.

Tiger Woods, five-time Masters Champion, was arrested in 2017 in Palm Beach County Florida after officers found him sleeping in his running car on the side of the road with left-side tires flat and rims damaged. He was arrested for DUI and a toxicology report showed he had five different drugs in his stem, painkillers, sleep drugs and THC, the active agent in marijuana, which is legal in Florida for medicinal purposes. Woods entered a diversion program that dropped the DUI charge and he entered a guilty plea to reckless driving.

Heather Locklear, the Melrose Place and Spin City star, was arrested in September 2008 for DUI that prosecutors argued her prescription medications for depression and anxiety impaired her ability to drive safely. A blood test after her arrest did not detect alcohol or illegal narcotics in her system. Locklear plead no contest in Santa Barbara, Calif., to reckless driving and the DUI charge was dropped. She was fined $700, ordered to complete a driver safety class and placed on three years of informal probation, meaning the judge supervised her probation and she did not need to meet with a probation officer regularly.

Mark Grace, Arizona Diamondbacks television analyst and first baseman for the Diamondbacks and Chicago Cubs, was sentenced in 2013 to four months in county jail under a work-release program and two years of probation for his second DUI conviction within 15 months. He plead guilty to felony endangerment and misdemeanor DUI. He could have been sentenced to more than three years in prison. Grace served his sentence in Maricopa County’s tent city. Grace was fired as the Diamondback’s analyst but was later rehired as a minor-league coach and instructor.

Nicole Richie, star of The Simple Life and daughter of singer Lionel Richie, was charged with a DUI in 2007 when the California Highway Patrol found her car blocking the car pool lane of a Los Angeles freeway. Her vehicle was seen entering the freeway the wrong way but her SUV was pointed in the correct direction in the car pool lane.

Richie told investigators that she had taken the painkiller Vicodin and smoked marijuana. She was charged with impairment of “an alcoholic beverage and a drug.” She plead guilty to a misdemeanor DUI and was ordered to complete an alcohol education program, fined $2,048, and placed on three years of probation. The judge sentenced her to four days in jail but she only served 82 minutes under a policy allowing nonviolent female offenders sentenced to less than 30 days to be freed within 12 hours. She had a previous DUI in 2003.

Iron Mike Tyson, former heavyweight boxing champion, was arrested for DUI and cocaine possession in 2007 in Arizona after leaving a Scottsdale night club. Police saw him erratically driving his BMW narrowly missed colliding with a police vehicle. He had in his possession 2.16 grams of cocaine and marijuana in his system.

Tyson plead guilty to the charges and prosecutors wanted a year in prison because he was a repeat offender (rape conviction in Indiana). Tyson faced three years and nine months in prison for felony possession of drugs plus six months in jail for the DUI. He plead guilty to the charges and was sentenced to 10 days in jail but spent only 24 hours in the open-air jail called Tent City, along with community service and probation.

By contrast, rhinestone cowboy Glen Campbell, singer and TV star then residing in Paradise Valley, spent his 10 day sentence for extreme DUI in comfort at a Mesa jail during the nights and released to work during the days.

While celebrities as in this random sampling do get a pass for their indiscretions, routine defendants can rely on their DUI defense attorney to make the best of a bad situation. Judges are allowed discretion in sentencing taking into account the severity of the offense, the defendant’s history and any redeeming qualities.

If you or a loved one is facing a DUI charge, it is best to get legal representation at the earliest possible moment.

The law office of Aaron M. Black has a record of aggressively defending DUI charges while providing personalized service so you will not be passed off to an assistant. Begin your defense by calling 480-729-1683 at any time and I will respond promptly unless I am in court. I am rated in the top one percent of the finest lawyers in the nation by the National Association of Distinguished Counsel and I am among the top 100 of trial lawyers rated by the National Trial Lawyers Association.

I defend DUI charges in federal, state, municipal and justice courts in and surrounding Maricopa County.
In light of the Coronavirus pandemic, I wanted to inform clients and potential clients I am still available for consultations. I am always available by phone, text and/or email. We can also use Facetime for social distancing. The criminal justice system is not stopping due to COVID-19.