Can I serve my Scottsdale DUI sentence at Home? 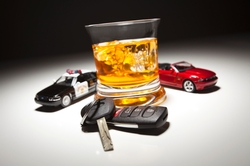 Arizona law requires a first-time misdemeanor DUI (under .15 BAC) to serve a minimum of 10 days in jail, however, in some circumstances 9 days can be suspended. Be aware that jail time does vary from city to city.

With the cost of incarceration continuing to increase and depending on your circumstances you may be able to serve your time at home.

Unfortunately, those arrested on suspicion of DUI in Maricopa County the judges in the county are prohibited from handing down home detention sentences. So, if you are pulled over by a Maricopa County sheriff’s deputy or the Arizona Department of Public Safety officers you will be processed through the County justice courts and serving your time in jail is the only option. Of course, there are other circumstances that will affect your ability to serve home detention. For instance, if you have a prior conviction for a DUI that occurred within 84 months of the date of your first DUI conviction you will not be eligible.

No matter what, a DUI in Scottsdale, AZ carries serious repercussions, and you should seek a DUI Defense attorney.

DUI charges can occur under the following conditions

Contact the Law Office of Aaron Black for a free consultation to see if you qualify for home detention today at (480)729-1683. Many of my DUI defense cases result in dismissals, not guilty verdicts, no jail time, or substantially reduced charges.