Can I get home detention for a DUI in Scottsdale, AZ? 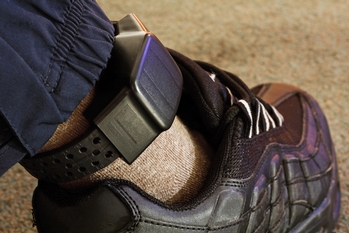 Sentenced to home detention for a DUI in Scottsdale, AZ, and surrounding communities is an appealing alternative to serving the entire sentence in jail. Home detention is certainly better than jail, but it has restrictions.

To get enrolled in Arizona’s home detention program, some time must be spent in jail, how long is determined by the jurisdiction involved.

Arizona Revised Statute §11-251.15 established home detention and allowed cities to employ it, but not everyone convicted of a DUI will be qualified for this statewide program.

Not only that, but cities can choose to use home detention or not. Almost all court jurisdictions in the Valley of the Sun allow home detention, including Chandler, Gilbert, Glendale, Mesa, Peoria, Phoenix, Mesa, Scottsdale, and Tempe. But Maricopa County doesn’t.

Qualifying for Home Detention after a DUI

First-time DUI offenders are not eligible for home detention. However, it’s possible they may only need to serve one day in jail with the representation of an experienced DUI defense attorney and to agree to enroll in alcohol and drug education programs. The minimum time in jail depends on where the arrest was made.

Those convicted of DUI in Scottsdale, AZ, or surrounding communities and serving most of their sentences at home are restricted from using alcohol or drugs. They must use a device that requires the person to test their alcohol or drug level randomly at least once a day but often three times. If the person is found to be consuming alcohol or drugs, home detention is revoked, and the remaining time of the sentence is served confined in jail.

The court may also require continuous electronic monitoring by wearing a GPS ankle monitor, except when the person is at the regular place of employment or when performing a community service work assignment. The ankle monitor ensures that the prisoner hasn’t left the premises and is not violating an imposed curfew.

The costs of electronic monitoring devices and the alcohol testing device, which range from $10 to $30 a day, are paid by the offender. The other option available to the court is to use the telephone to contact the person, who by the way, must have a landline telephone at the home where detention is served.

The court may also impose restrictions that prohibit association with people who are detrimental to the offender’s success in the home detention program.

Home detention does allow the offender to travel to work, school, attend religious services, medical appointments, or funerals. (Some jail prisoners can be released to continue their employment and return to jail to spend the night, which is called work-release.)

During these trips, the person on home detention must have an ignition interlock device (IID) on the vehicle they drive and pay for the installation, rental, and maintenance of the machine.

Requesting Home Detention as a Penalty for a DUI

Your chances of being placed in the home detention program are good if you don’t have any of the disqualifiers listed above.

Other considerations are if going to jail is too harsh for the offense committed, and probation is too forgiving. Your defense attorney can assemble evidence of your character and any evidence that is favorable to you and present this information to the judge before the sentencing date.

An even better outcome to home detention is to win your case in a dismissal of the charges or to reduce the DUI charge to a less serious offense such as reckless driving.

The state has a great burden to prove its case beyond a reasonable doubt. Many factors can serve to establish doubt, including the following. A criminal conviction can follow you and impact personal and professional relationships, so presenting the best defense possible is crucial, requiring a DUI defense attorney with years of experience.

Don’t guess about your prospects for home detention and seek legal counsel immediately.

If you or a loved one is arrested for a DUI offense, don’t guess at your situation. Take advantage of my free legal advice in a confidential telephone call.  We’ll talk about the arrest, and I’ll assess the strength of the state’s case. I’ll also answer your questions, particularly the one at the top of mind. Can I seek home detention?

To get my free legal advice, contact Scottsdale, AZ DUI Defense Attorney Aaron Black, or call (480) 729-1683 any time day or night, including holidays. My goal is always to win a dismissal or an acquittal.