Can I Get a DUI for Having One Drink at Dinner? 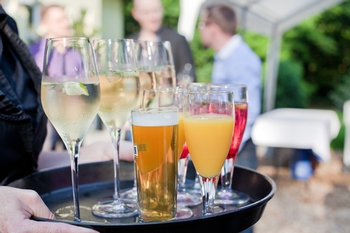 Whenever I am at a restaurant in our lovely neighborhood I sit around and look at all the moms, dads, and professionals having a cocktail with their dinner. Most of these people drive home thinking they are just fine after one or two drinks. That is not the case in Arizona.

For example, on your way home an officer watches you make a wide left turn onto Indian School. He turns his red and blue light on. You pull over. The officer slowly struts to your window. He smells alcohol on your breath and asks, “Have you been drinking?”

What do you do now?

Ask for a lawyer and respectfully refuse to answer any questions. Of course this is going to make the officer suspicious, but he is probably going to arrest you anyway. Why help him? However, you must always give the officer your identification information.

The officer will then tell you he wants to conduct some tests. These are called Field Sobriety Tests. They are actually agility tests designed to test your ability to multitask. The officer is most likely going to arrest you if you refuse or comply with the tests. He will write in his report there was an odor of alcohol, bloodshot watery eyes, and a slight sway. Doing the tests will not help your case. Agreeing to the tests only helps the police and prosecutors build a case against you.

Remember, you have a constitutional right to remain silent and a right not to incriminate yourself. Do not do the field sobriety tests.

These tips by no means guarantee you will beat your DUI if charged. But, these tips make it more difficult for a prosecutor to prove guilt beyond a reasonable doubt, and much easier for your attorney to mount a viable defense.

The best DUI defense is to not drive after having an alcoholic drink. Ride a bike. {HINT} You cannot get a DUI on an un-motorized bicycle in Arizona.

Top 20 infractions that police officers are looking for when searching for drunk drivers: