Bonding out of jail in Phoenix, AZ 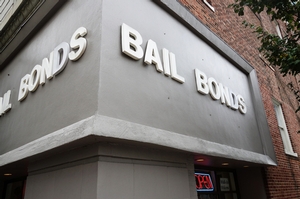 If you have been arrested on criminal charges, depending on the seriousness of the charges bail may be set for your release from jail. The bail amount is dependent on many factors such as past criminal record, whether or not you are employed and if you have close ties to relatives and the community.

If you're struggling to find enough money to post bail because of a criminal or DUI arrest, a bail bond company may be able to help. A bond agent will review your case and provide you with options for posting bail in a judicious manner.

How can you bond out of jail?

Bonding out of jail can occur a few different ways. If a judge orders a $1000 secured bond you can do either of the following. Please note if the bond is a cash bond ($1000 Cash) then the entire bond must be posted in cash. For Bond Assistance or Questions contact Sanctuary Bail Bonds.

Legal help is a phone call away

If you have been charged with a serious crime an experienced Criminal Defense Attorney in Phoenix can help you navigate the legal system and defend you from life-altering punishments and ramifications. Depending on the offense you could be facing mandatory jail time, probation, tremendous monetary fines and license suspension for a year or more.

Aaron is a respected criminal defense attorney in Phoenix, AZ and he has devoted his career to defending people accused of serious criminal offenses. Unlike many large firms Aaron personally represents each of his clients and has logged thousands of hours in the courtroom obtaining favorable results for his clients. The bottom line is his goal is to keep you out of jail and get your case dismissed.

If you have been charged with a criminal offense, contact the Law Office of Aaron Black or call to set up a free consultation today 480-729-1683.