With Covid related restrictions more or less in the rear view mirror authorities all across Arizona are preparing for Independence Day 2022 celebrations by increasing law enforcement presence for making DUI arrests with the goal of winning convictions.

These are the most recent Fourth of July DUI enforcement results:

KTAR radio reported that during the Independence Day weekend in 2021 law enforcement made 8,270 traffic stops and from those they arrested 448 motorists for driving while impaired. In 2020 under virus restrictions traffic stops fell to 5,240 with only 190 arrests. Compare that to 2019 when 15,174 traffic stops were made resulting in 512 arrests.

For now, we await the results of two tactics law enforcement uses for the Fourth of July, sobriety checkpoints and rolling stops.

Authorities during holidays routinely set up sobriety checkpoints to deter people from drinking and driving. Checkpoint officers randomly stop drivers to determine if impairment is suspected. These checkpoints are often established around a curve so drivers cannot see them until it is too late. Drivers who see the checkpoint and abruptly turn around to avoid it only brings suspicion. There is an officer parked out of sight to see the evasive move and make a traffic stop based on the officer’s reasonable suspicion.

These checkpoints do not violate the U.S. Constitution’s Fourth Amendment protecting us from illegal searches and seizures of property. The U.S. Supreme Court in 1990 ruled in a 6-3 vote that sobriety checkpoints are legal because they are random.

These are routinely used on holidays and regular days too. A traffic officer who witnesses a driver weaving or making a wide turn or some other indication of impairment has the necessary probable cause to make a traffic stop. Even an equipment violation such as a license plate that is not illuminated is probable cause or a reasonable suspicion for detaining the vehicle’s driver.

At these stops the driver will be asked to submit to a field sobriety test. Drivers who refusing to participate will have their license suspended.

A three-day weekend is perfect for taking out the family watercraft to celebrate the Fourth but law enforcement comprised by county sheriff’s deputies, the State Park Department and Arizona’s Game and Fish officers will be on the lookout for DUI offenders. The U.S. Coast Guard and federal officers are assigned to oversee Lake Havasu and Arizona’s park rangers will be patrolling our 27 state parks.

Law enforcement in the greater Phoenix area will again have a strong presence at these lakes:

Boat operators can be charged with an OUI, which is operating or in actual physical control of a watercraft while under the influence of alcohol or drugs, under Arizona Revised Statute §5-395.

A boat operator can be detained if a passenger was seen riding on the gunwales or on a covered or closed bow while the craft was moving at a speed fast enough to cause a wake, speeding or moving at a speed that is unsafe for the conditions, having a wanton or willful disregard for people or property, and failing to wear a life jacket or some other required safety equipment, and if the registration has expired or if the craft is not legally registered.

OUI conviction has the same penalties as a DUI charge. 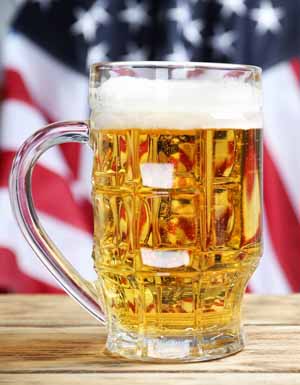 Arizona has a long standing impaired driving policy of no tolerance and punishments are strict. A first-time DUI is a Class 1 misdemeanor conviction is punished by a maximum of six months and a minimum of 10 days in jail. However, the time in custody can be as short as one day with the other nine days suspended. The catch is the convicted defendant needs to pay for and successfully finish an alcohol abuse class. Home detention may be possible after serving one day in jail.

MVD will order that all vehicles an individual drives to be fitted with an ignition interlock device that prevents the engine from starting if the device detects alcohol on the driver’s breath for one year. The interlock can be reduced to six months if the driver does not have any dirty blows, completes a minimum of 16 hours of alcohol classes, and was not involved in an accident during the initial DUI arrest.

The financial burden can be expensive with fines and surcharges totaling $1,510.50 which includes $500 for public safety equipment and another $500 payable to Arizona’s prison fund. Payment for incarceration can be reduced or eliminated by the court.

A first-time class 1 misdemeanor DUI conviction also requires the license to drive be suspended for 30 days, followed by a restricted license for traveling to work or school for 60 days before the license can be reinstated at the defendant’s expense. A conviction adds eight points against the license and buying SR-22 (safety responsibility) insurance which is a certificate to prove that the defendant has auto insurance may be necessary. Note, too, that a first-time DUI will make auto insurance more expensive.

The court may require the defendant to serve community restitution, and may order a term of probation for up to five years and paying probation fees is a possibility.
Punishments are increased for repeating DUI offenders.

Should you or a loved be charged or are under investigation for a holiday DUI offense it is imperative that you be represented by an experienced DUI defense attorney such as myself. In my long career as an aggressive DUI defense attorney, I know that good people can find themselves in legal trouble and that is why I work hard to ensure they have the best defense possible.

At Aaron M. Black Law you will receive personalized legal services. You will always be talking directly to me, never an assistant, at every step of your case.

Begin your DUI defense immediately by calling 480-729-1683, which is available 24/7, and I will respond promptly unless I am in court on at trial. Or use the online contact form on my website.