The Art and Law of Plea Bargaining a DUI in Arizona 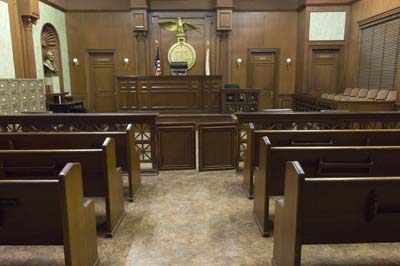 Going to trial for a DUI charge in Arizona is an uncertainty. We can never be sure how jurors will weigh the evidence, the facts of the case, and the testimony to reach a verdict. Even in a bench trial, which is decided solely by the judge, the result can be uncertain.

Plea bargaining agreements eliminate the uncertainty. For both sides.

Sometimes the officer making the DUI arrest or another key witness is not available to testify in court and that gives the prosecution an incentive to enter into a plea bargain to ensure the record shows a conviction in the case.

The defendant agrees to plead guilty and in return the prosecutor will reduce the charge to a less serious offense and reduce the sentence and fines. A successful plea bargain is designed to limit the defendant’s criminal exposure while allowing the state to earn a conviction.

If the prosecution has an ironclad case, the state may not be inclined to make an offer. But it still has an incentive to make a deal. In a plea bargain, the case will still be on record as a conviction and taxpayers will not pay for a trial in the overburdened justice system.

The plea bargain can take place at any stage of a DUI case, even in the middle of a trial. But most often, plea agreements happen near the beginning of the case, in the pretrial period, when the judge sets rules on how the case proceeds, scheduling court appearances and more.

The prosecution will consider prior DUI convictions and other issues in determining if a plea bargain will be offered or a defense offer will be rejected.

The art of negotiating a DUI plea bargain

For a successful plea agreement, the defense attorney’s skill and in-depth knowledge of the DUI law involved are paramount.

Under the discovery procedures, the prosecution must share all its evidence with the defense. The defense attorney must scrutinize the police report searching for errors and omissions and the other evidence the state has collected, such as breathalyzer test results. Skilled defense attorneys will also conduct their own probes of the case to develop mitigating circumstances and interview any witnesses the prosecution might have to determine character and their memory of the event they saw.

Plea negotiations are discussed by the state and defense attorneys on the phone or in the prosecutor’s office. When a plea agreement is reached, it is submitted to the judge assigned to the case as a recommendation. Judges are not required to accept plea agreements, but, as we note from the statistics reported above, they routinely approve the proposed deal.

Defendants who tested at the base blood-alcohol content (BAC) level of 0.08 percent may have a good chance of reducing the charge to reckless driving, often called a “wet reckless,” if it is the defendant’s first DUI and the person has a clean record otherwise. A plea bargain avoids the stigma of a DUI conviction and avoids suspension of the driver’s license.

If the BAC level is 0.15, which is an extreme DUI, the defense will seek to reduce the level of that charge by arguing that it is the defendant’s first offense and the driver did not cause harm or damage, along with any other mitigating factors.

A second DUI offense within seven years of the first brings more trouble. Sometimes an older prior conviction can be negotiated away, which can significantly reduce jail.

Reducing an aggravated DUI, which is a felony, to a class 1 misdemeanor DUI will save a lifetime of harm. However, this is extremely rare and difficult to do. You will still be able to vote and have a firearm, serve on a jury, and you will not have a felony conviction following you through life.

Being charged with a DUI is serious and a conviction has long-term impacts. It is crucial that you have skilled legal representation as quickly as possible to protect your rights and learn exactly what your situation is and what your legal options are.

You can do that by scheduling a consultation without any obligation to use Aaron M. Black Law to defend you and to achieve the best plea bargain possible through aggressive representation.

To schedule your consultation, call 480-729-1683 at any time, day or night, weekends or holidays and I will promptly respond unless I am in court. Or use my online contact form.

During the pandemic, we can meet online using FaceTime and discuss your plea agreement using text and email. I have built a strong record of aggressively defending clients and providing personalized legal services, so you will always be talking directly to me, never an assistant.

I defend DUI charges and negotiate plea bargains in the justice, municipal, state and federal courts in Maricopa and its surrounding counties.

Going to trial for a DUI charge in Arizona is an uncertainty. We can never be sure how jurors will weigh the evidence, the facts of the case, and the testimony to reach a verdict.
Plea bargaining agreements eliminate the uncertainty. For both sides.