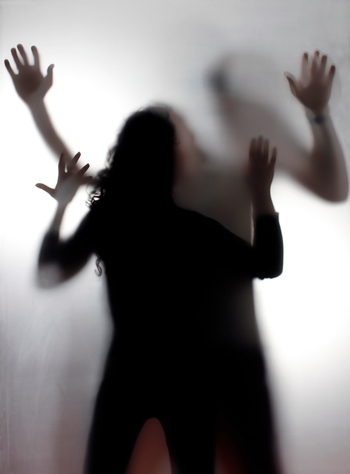 When emotions and tempers rage in domestic relationships rational thought is the first casualty. Bad decisions are made. Of all violent crimes, 15 percent involve intimate partners.

This law applies to repeat defendants who are convicted of a second, third, or additional domestic violence offenses in Arizona or some other state and in tribal courts occurring within 84 months (seven years).

Besides a term of incarceration, a convicted defendant under this law is not eligible for probation, a pardon, shortening or suspension of the original sentence, or release for any other reason until the person has served at least four months in jail for a second offense and at least eight months for a third and subsequent offenses.

The law specifies several types of relationships that fall under this statute.

Crimes related in aggravated domestic violence cases under Arizona law §13.3601 encompass a long list of crimes that can lead to additional charges.

Crimes that can lead to additional charges

What should you do when Police Arrive?

Police who are called to answer an aggravated domestic violence call don’t need an arrest warrant to take the suspect into custody as long as the officer has evidence of probable cause that the suspect did assault the other person.

The investigating officer will try to determine what happened and start asking questions. It is best to say nothing. Anything you say to the officer becomes evidence and the prosecution will use that evidence against you.

Tell the officer in a respectful manner that you are invoking your Constitutional right to prevent incriminating yourself. That should stop the questioning.

Arizona law allows for certain defenses depending on the circumstances of the particular event.

The defenses for aggravated domestic violence include the following.

Many factors are at play in designing a defense. Police officers are human and can make mistakes conducting the investigation. They are focused on finding evidence to arrest you and may ignore evidence that is favorable to your case.

A criminal defense attorney conducts an independent investigation of the police report and what the victim told investigators searching for errors, omissions, falsehoods, and contradictions. The defense will also question the victim and witnesses under oath during the discovery phase of the case.

If you’re charged with one of the associated crimes, other defenses are available.

If the state has a solid case against you, prosecutors often will offer to reduce the charge to a less serious offense which also reduces the penalty and saves the state the expense of a trial.

The decision to take the plea is solely up to the defendant, and the defense attorney may be able to negotiate a better deal for you.

Criminal law and its procedures are complex. If you’re charged with aggravated domestic violence, you’ll need a criminal defense attorney who has extensive experience in these cases.

A felony conviction is life-changing. It means incarceration, fines, loss of your Second Amendment right and the right to vote in elections. The stigma against convicted felons can mean the loss of employment and landlords may not rent you a place to live.

At Aaron Black Law my goal is to have the case dismissed and I have a record of staunchly fighting for clients.