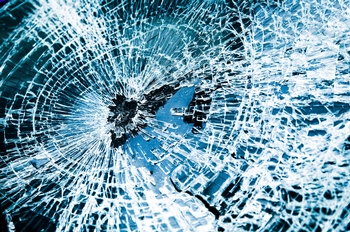 An Arizona motorist  driving impaired, even slightly, from alcohol or drugs who causes a crash that kills someone, including any passengers in the impaired driver’s vehicle, raises a drunk driving charge to a far worse offense.

Although Arizona does not have a vehicular assault or vehicular manslaughter law, as do many other states, our state does address death related DUI offenses.

Depending upon the facts and circumstances of the DUI related fatality, the charge can be manslaughter, negligent homicide, and in severe intentional cases, second degree murder.

In cases involving a death, the applicable law is manslaughter under Arizona Revised Statute §13-1103(A)(1) for “recklessly” causing a person’s death. Impairment while driving is a reckless act and knowing the risk of causing a fatality and driving in spite of the risk is reckless.

A reckless action is legally defined as the person must have been aware of the unjustifiable risk and then disregarded the risk. The risk is a “gross deviation” of the standard of conduct that a reasonable person would do.

Manslaughter is a Class 2 dangerous felony and carries a penalty of between four and 10 years in prison.

This charge is based on causing the death of someone while driving in a criminally negligent manner, defined as failing to perceive an act that is an unjustifiable and substantial risk. The conduct of that person is a “gross deviation” of what a reasonable person would do in such a situation. That is the basis of criminality.

Negligent homicide is a Class 3 felony carrying 1.5 to four years in prison.

A person who intentionally causes the death of another but without premeditation will be charged with second degree murder under Arizona Revised Statute §13-1104. To prove guilt, the prosecution must also establish that the defendant knew that the action would cause death and that the actions involved were reckless.

Second degree murder is a Class 1 felony punishable by 10 to 25 years in prison.

An endangerment charge may also come into play under Arizona Revised Statute §13-1201. Endangerment happens when a driver puts someone else in a substantial risk of imminent death, which is a Class 6 felony.

In addition to the above felony charges, the prosecution will not forget to file a DUI charge related to the level of impairment at the time of the deadly crash.

In cases that an impaired driver hits a person, the frightened driver may make a snap decision and flee. That is never a good idea. Aside from a DUI, fleeing the scene adds a Class 2 felony. A high blood alcohol concentration (BAC) is also an aggravated felony.

No contest plea
The law allows for three different pleas, guilty, not guilty, and no contest. No contest means that you accept the conviction but you are not admitting guilt. The no contest plea may help in defending a wrongful death civil lawsuit for extensive monetary damages resulting from the death.

Danger on our roads

Causing a death is a crucial issue on our roads and convictions bring awareness of the issue. These cases are aggressively prosecuted. Drunk driving crashes kill more than 10,000 people a year, which is one death every 50 minutes, reports the National Highway Traffic and Safety Administration (NHTSA).

In Arizona between 2003 and 2012 the Centers for Disease Control reported that 2,912 people were killed in crashes involving a drunk driver.

The agency also reports that men are generally more likely to be involved in a fatal drunk driving wreck than women.

Drivers who have a blood alcohol concentration (BAC) of 0.10 percent are seven times more likely to be involved in a fatal wreck.

Deaths in traffic crashes most often happen when violating common traffic laws including: Running a red light or a stop sign, driving the wrong way on a freeway, failing to yield the right-of-way when entering an intersection or turning left, not stopping for a school bus, and hitting a pedestrian in a crosswalk. An exception to the rule is a driver may not be charged with hitting a pedestrian who is crossing a road without benefit of a crosswalk.

Consequences of a felony conviction

Those who are found guilty of a felony will live with its ramifications for the rest of their lives. A felony conviction means years in state prison, fines in four figures, and lengthy period of probation if eligible with restrictions and reporting routinely to a probation officer. Violating probation can mean going back to prison.

Felons are not allowed to vote in elections or hold elective office. The Second Amendment right to own and possess a fire arm is also lost.

Beyond those punishments, a felony record will be visible in background checks for seeking employment, renting a place to live, and expelled from higher education. Those who hold professional licenses; such as teachers, nurses, insurance agents, and other professions will have their license suspended or revoked which ends a promising career.

If you or a loved one is under a pre-arrest investigation or have been charged with an aggravated DUI with death, it is crucial to have legal representation at the earliest possible moment.

The Law Office of Aaron M. Black has a history of providing a thorough and aggressive defense to aggravated fatal DUI charges. My goal is always to achieve a dismissal of the charges by conducting an independent probe of the state’s procedures, evidence and developing mitigating circumstances.

If dismissal is not possible, the independent investigation may serve to have the charges reduced through negotiations with the prosecution or to develop information to put a reasonable doubt in the minds of jurors at trial.

I have a strong record of always provide legal representation on a personalized level, so you will never be talking to a legal assistant at any time during your case. While social distancing is the new normal, we can communicate online using FaceTime, and by phone, text, and email.

The National Association of Distinguished Counsel places me in the top one percent of the finest lawyers in the nation. I am also among the Top 100 trial lawyers by the National Trial Lawyers Association. Learn more about my defense attorney credentials.

Begin your defense by calling 480-729-1683 at any time, day or night, weekends or holidays, or use my online contact form and I will respond promptly unless I am in court. I defend aggravated fatal DUI cases in federal, state, city and justice courts in and near Maricopa County.