In Arizona’s felony DUI convictions, the offender may be released from incarceration well before finishing the criminal sentence by being placed on community supervision, similar to probation. Other states using this early release include California, Oregon, and Texas among others.

The two methods each have certain strict conditions of behavior and if any of these conditions are violated, community supervision (like probation) is halted and the felony DUI offender is returned to prison to complete the sentence. 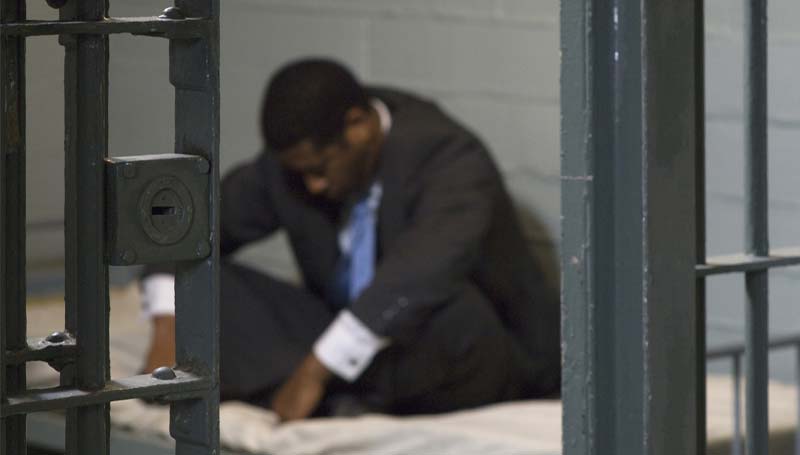 Community supervision is designed to change from punishing the offender, to promoting the individual’s future law-abiding success.

A lot of people go to prison for four months and then are sentenced to one to 10 years on probation, but those individuals do not serve community supervision because they are on probation. This prison term could go up to 12 months as a term of probation. If a person is sentenced to prison as a term of probation they are NOT entitled to community supervision early release. This sentence will be a FLAT sentence – in other words, every day of the sentence must be served in prison.

The Arizona Board of Executive Clemency was formed to protect the safety of the public and work toward achieving a fair and effective system of justices, by ensuring that inmates who are a threat to the public safety stay in prison and those who are not a risk to society are released.

The board has five members who are appointed by the governor, and hearings are held on various dates and locations. Inmates in Arizona can have legal representation at these hearings.

The national population of community supervision since 1980 has “ballooned by almost 240 percent” and as of 2016 nearly 4.5 million people are on probation or parole, which is one in 55 adults nationwide, according to the Pew Charitable Trust.

The state has a financial interest in releasing prisoners early. Arizona spent $25,397 for every person incarcerated in Arizona during 2015. Now, with transferring prisoners to private prisons, the cost is $85.12 per diem, which is higher than the average $78 per diem for state run facilities.

The blood-alcohol concentration (BAC) or the amount of drugs involved in an Arizona DUI does not matter when a DUI is a felony. BAC only matters in misdemeanor DUI cases. Arizona has six levels of seriousness with Class 1 the most serious.

DUI as a felony charge:

1. When the license to drive is suspended is a Class 4 felony

2. If the DUI is the third DUI conviction within seven years is a Class 4 felony

3. If a minor under 15 years old is in the vehicle is a Class 6 felony

4. A required ignition interlock device is not on the vehicle is a Class 4 felony

5. Driving on the wrong side of a highway or a residential roadway is a Class 4 felony

If a crash happens while driving impaired, endangerment, manslaughter, or vehicular homicide felony charges for those offenses will be added. These are called aggravated factors.

As a first-time aggravated DUI defendant, who is convicted, will face a mandatory minimum of four months in state prison. The maximum prison time for a Class 4 felony is 3.75 years. After release, the inmate will be placed on community supervision or a lengthy term of probation for up to 10 years. Fines and surcharges for a Class 4 felony can total $4,675.50.

Should you or someone you know be imprisoned for a felony DUI, it is imperative that you have an experienced DUI defense attorney such as myself to represent you at a community supervision or probation hearing. Having legal representation will improve your chance to enter community supervision and begin to take back your life and earn your freedom.

In my long career as an aggressive DUI defense attorney, I know that good people can find themselves in legal trouble and that is why I ensure they have the best defense possible for the least disruption of your life.

At Aaron M. Black Law, you will receive personalized legal services. You will always be talking directly to me at every stage of your case.

In some cases it may be possible to reduce a Class 6 felony to a Class 1 misdemeanor.

Begin your quest to be released from prison by calling 480-729-1683 at any time, on any day, and I will respond promptly unless I am in court on at trial. Or use the online contact form that is on my website.