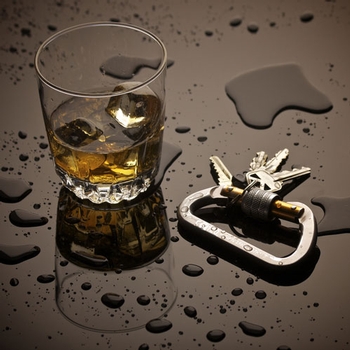 My first-time DUI clients are surprised when I raise “conforming reckless” driving as a possible alternative to a DUI conviction in Arizona. It’s also informally known as a “wet reckless,” with wet meaning alcohol was involved, but it also can apply to drugs.

The term “conforming” in the DUI context means that the punishment of the reduced charge somewhat corresponds with the punishments of a DUI.

However, not every jurisdiction will apply conforming reckless. For example, Phoenix, AZ doesn’t, Scottsdale does.

Benefits of a Conforming Reckless Plea

Under the more serious class 1 misdemeanor the guilty person isn’t eligible for probation, pardon, sentence suspension or release until 20 days of incarceration are served.

The class 2 misdemeanor requires a maximum of 120 days in jail and the class 1 a maximum of 180 days, depending upon the actual circumstances of the case. Judges have discretion in pronouncing sentences under Arizona’s sentencing guidelines and they can consider a defendant’s character, reputation, and other mitigating factors.

The lessor charge can also reduce how long you will be on probation and a DUI won’t show up on your criminal record. Nor will you need to be hampered by installing an ignition interlock device that prevents the engine from starting if the breathalyzer detects any trace of alcohol. But the judge may suspend your driver’s license under Arizona Revised Statute §28-693 for as long as 90 days.

Mandatory sentencing and additional related punishments, called enhancements, won’t be applied to conforming reckless if you haven’t had a previous DUI in 10 years.

Not every DUI defendant is eligible for a reduction of a DUI charge to conforming reckless. Those who have repeated DUI convictions aren’t eligible. And prosecutors are less likely to offer or accept a conforming reckless plea agreement for defendants who have 10 percent or more alcohol over the state’s 0.08 percent blood-alcohol concentration (BAC).

In cases that prosecutors have a tight, provable case they’re unlikely to reduce the charge. One reason is that Arizona has some of the strictest DUI laws in the nation. Under Arizona’s no-tolerance policy anyone who is impaired by the “slightest degree” can be charged with a DUI, and under age, defendants are guilty if any amount of alcohol is detected.

There may be other legal issues that can qualify you. The ultimate goal, however, is to negotiate with the prosecution to dismiss the DUI charge. Some prosecutors will consider character, no previous contact with law enforcement and other factors in deciding to dismiss, reduce, or stay the course.

Entering these negotiations is the defendant’s decision aided by their DUI defense attorney’s advice.

Your Defense Begins at the Traffic Stop

When you’re pulled over for suspicion of impaired driving, and that can be as minor as a tire inches over the lane line, the goal is not to incriminate yourself by admitting anything. The traffic officer will try to establish how much you’ve had to drink by asking questions. But anything you say will be included in the police report and used as evidence against you.

The most prudent thing to do is to respectfully tell the officer that you are declining to answer questions under the protection of the U.S. Constitution’s Fifth Amendment to remain silent.

Further, under the Sixth Amendment you have the right to legal counsel during questioning by authorities, so immediately ask for an attorney. Questioning should stop.

I know it can be difficult to tell the officer these things but it’s crucial for your defense. They know the law and should respect your choices.

The officer will want to conduct a field sobriety test to determine if your motor skills are affected and use the results as probable cause to detain you. You may refuse to take the test but the officer will see that as a reason to arrest you.

You’ll be asked to submit a sample of your breath through a breathalyzer that can detect the alcohol level. Refusing this test may result in the suspension of your license to drive.

You may also refuse to submit to a blood draw but authorities can then ask a judge for a warrant to take a blood sample to determine your BAC.

Prosecutors have a high bar to prove guilt beyond a reasonable doubt. Drivers arrested for DUI have seven common defenses: If you or a loved one is under investigation or has been arrested for a DUI, it’s imperative that you have a highly qualified DUI defense attorney, on your side as soon as possible.

I can assess the legal ability to qualify for a conforming reckless during a free and confidential telephonic conversation. I will listen to your side of the event, ask questions, answer yours, and appraise your situation.

Contact the Law Office of Aaron Black or call (480) 729-1683 at any time day or night including weekends and holidays. I will promptly respond unless I’m in court. I defend DUI cases in Arizona’s city, state, and federal courts.