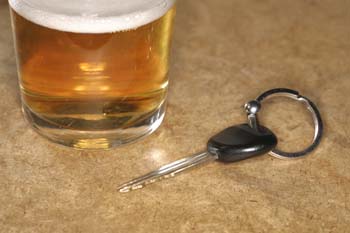 You don’t need to be driving in Phoenix, Arizona, or surrounding communities to get arrested for being impaired by alcohol or drugs. All law enforcement has to prove is that you were in “actual physical control” of a motorized vehicle, including electric bicycles, to win a DUI conviction.

Arizona Revised Statute §28-1381 (A)(1) states that it’s unlawful for someone to drive or be in actual physical control while under the influence of intoxicating liquor, drug, vapor or any combination of those rendering the person impaired to the “slightest degree” because  Arizona is a no-tolerance state.

Our law sets 0.08 percent of blood-alcohol concentration (BAC) for driving under the influence and 0.04 percent for commercial drivers. For those younger than age 21, any amount of alcohol in the blood is illegal.

But the actual physical control law doesn’t provide definitions and became a contentious area of DUI law. So, the lower courts have had to wrestle with what it means in developing and applying case law based on the fact patterns of the particular cases. And these were inconsistent in evaluating the law’s meaning in providing instructions to jurors.

The Arizona legislature first inserted this concept into the state’s DUI laws in 1950 and it has evolved over time. In 2009 the Arizona Supreme Court weighed in hearing Arizona vs. Zaragoza.

The facts of this Tucson, AZ case are that Vincent Zaragoza was seen by an officer staggering his way to his vehicle, his defense argued, to sleep thereafter a fight with his girlfriend. He told the officer he didn’t intend to drive anywhere, merely to sleep in his vehicle. But the vehicle’s key was in the ignition and he had a hand on the steering wheel when the officer shined his flashlight into the vehicle.

Zaragoza was convicted in the lower court of aggravated DUI with a 0.357 BAC, but on appeal, the conviction was reversed because the jury instruction used the phrase “potential use of the vehicle to pose a real danger to himself and others,” and the potential wording had misled the jury.

The Arizona Supreme Court ruled that the totality of the evidence needs to be considered and that imminent control needs to present a real danger not a potential danger and overturned the appellate court’s ruling reinstating the conviction.

Actual physical control now means the defendant’s access to the vehicle must be either “present or imminent.”

A number of situations need to be considered to determine if actual physical control did or didn’t exist. These are: The Arizona Supreme Court noted that other factors also can be involved.

What if I’m too drunk to drive?

If you find yourself too tipsy to drive it’s perfectly legal to pull off the road and find a safe place to stop, such as a shopping center parking lot. Wherever you stop be sure it’s a safe place off of the roadway so you don’t endanger yourself of others.

Shut off the engine and remove the ignition key. Place the ignition key outside of the cabin where it won’t be easily reached. Placing it on top of a tire, for example, removes it from your immediate reach.

The weather may entice you to run the vehicle’s air-conditioning or heater but leave these off to avoid police using these factors, and any others listed above, as evidence against you.

An actual physical control offense is a class 1 misdemeanor, which is the most serious of this class of offenses. Those who have a previous DUI conviction within seven years of the current charge face even more harsh penalties.

The best DUI defense is determined by the specific circumstances of the event, although not intending to drive intoxicated is admirable, it’s not a defense.

The state has a high bar in proving its case beyond a reasonable doubt, and the DUI Defense Attorney will challenge the state’s evidence by conducting its own thorough investigation of the evidence. Police sometimes can be overzealous and in rare situations may fabricate evidence.

Should the state have an iron-clad case, the Defense Attorney and Prosecution may be able to reach a negotiated plea agreement. The state reduces the charge and lessens the punishment in return for the defendant entering a guilty plea. Repeat offenders, however, may not have this option.

People who are charged with a DUI due to actual physical control should immediately seek legal advice.

Contact Phoenix, AZ DUI Defense Attorney Aaron Black or call (480) 729-1683 for a free legal consultation. During our conversation, I’ll listen to your side of the story, ask questions, answer your questions and evaluate the potential strength and weaknesses of the state’s case.

I am available 24/7 and will promptly respond unless I’m in court. I aggressively defend actual physical control cases in Arizona’s municipal, state, and federal courts with the goal of winning a dismissal of the charges.