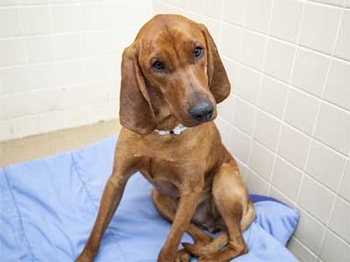 Not all pets receive the love and care that internet sensation Grumpy Cat enjoyed before passing recently from medical complications. Now, protecting pets in Arizona from cruelty is about to get more serious.

People convicted of cruelty to domestic animals will serve time in prison under a bill that Arizona Gov. Doug Ducey signed into law on May 8. The harsher law is anticipated to become effective in August.

The law has two categories, intent to cruelly mistreat and intent to kill a domestic animal without its owner’s consent or a legitimate legal reason.

After signing the legislation the governor tweeted that, “Animal cruelty is despicable – and Arizona will not tolerate it. Proud to sign Arizona #HB2671 to strengthen penalties for those who abuse domestic animals.”

The Arizona Humane Society, which has lobbied for a more serious felony charge for four years, called the successful bill a “huge step forward” for pets and ensuring that the punishment fits the crime.

“In the past, only the most egregious, gut-wrenching few lead to prosecution and the vast majority of animal abusers received an embarrassingly inadequate charge,” said Arizona Humane Society President and CEO Dr. Steven Hanson.

The Arizona Humane Society reports that it responded to more than 7,400 instances of alleged animal cruelty in 2018 alone. For example, the humane society reported in April that it found Gunner, a year-old Redbone Coonhound that had been shot in the chest with a pellet gun nearly killing him. He’s now recovering in foster care after emergency surgery and you can see the scar from his operation in the accompanying photo. Photo courtesy of the Arizona Humane Society

The Arizona Humane Society noted that people who abuse pets and other animals are prone to engage in domestic violence and other violent crimes. Psychiatrists say abusers feel no empathy and mental illness is a factor. An early indicator is children tormenting pets.

The Maricopa County Sheriff’s Office has specially trained detectives in its Animal Crimes Investigations Unit that enforces animal cruelty laws. The unit investigates every call it receives and has rescued and seized thousands of mistreated and neglected animals and has made hundreds of arrests. These animals are given care and custody by supervised inmates in the Maricopa County Sheriff’s Offices Safe Haven (MASH) program.

The tougher new law had wide support. The bill was approved by the House 42-18 and in the Senate by 20-9. The revised law puts protection of domestic animals on the same level of punishment as being cruel to livestock.

This law states that a person violating this section by “intentionally, knowingly or recklessly” subjecting an animal to: To win a conviction the prosecution must prove its case beyond a reasonable doubt and meet the three elements that comprise the charge: what caused the injury or death; the injury’s nature, severity and duration; and how much pain the animal experienced or suffered. To prove these elements requires the testimony of a licensed veterinarian.

Potential defenses depend on what happened, which can take many forms. For example, if you hurt or kill an unprovoked dog that is attacking a person or livestock you can’t be charged because you’re acting to defend the victim.

The law requires that you knew what you were doing, intended to do it, or acted in a reckless manner.

Other defense theories are: the alleged facts are not true; you weren’t at the scene of the cruelty when it occurred; prosecutorial misconduct, law enforcement coerced you to commit the offense; and the statute of limitations expired and charges can’t be brought.

It’s best for your defense if at your arrest you exercise your Constitutional right to remain silent and ask for an experienced defense attorney. The prosecutors will use anything you say to strengthen their case.

A class 5 felony can mean time in prison, add more time if the state alleges an aggravated enhancement, and repeat offenders can face more time incarcerated. Significant fines in four-figures can be levied. Beyond those you can be ordered to attend and complete counseling, perform a period of community service and be placed on probation.

A felony conviction has other ramifications. You could lose your job, be turned down for a job, professional licenses and certifications can be suspended or revoked. You’ll lose your right to vote and your Second Amendment right to own and possess a firearm. And you can be turned away when trying to rent a place to live. (But there’s some grey area in that as the rejection might be discrimination under the U.S. Department of Housing and Urban Development’s Fair Housing Act.)

If you or a loved one is being investigated or charged with animal cruelty, it’s imperative that at the earliest possible moment you engage legal representation.
Don’t guess about your situation, get free and confidential legal consultation by contacting Phoenix Criminal Defense Attorney, Aaron Black or call for a telephonic case assessment at (480)729-1683.